Two dead and four injured after horror crash on AP-7 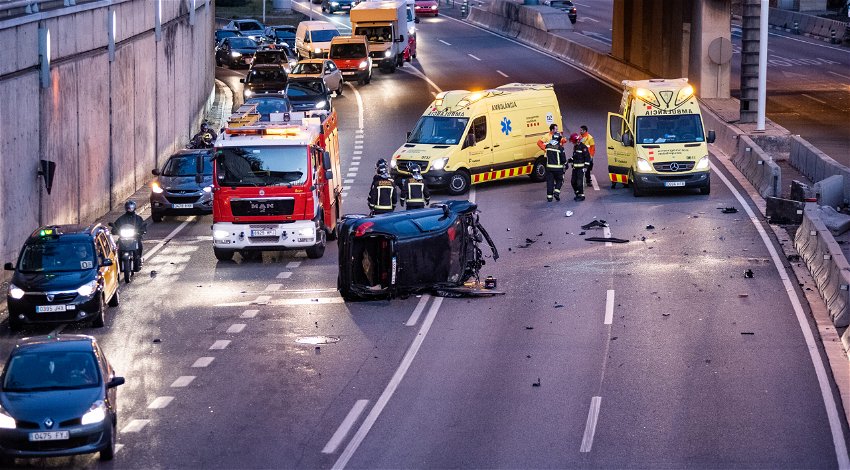 TWO people have died in an accident on the AP-7 motorway at the height of the municipality of Sagunto.

In addition, a further four have been injured – one of them seriously – in the incident, which happened at kilometer 473 of the motorway.

The accident took place around 10.30 pm near the old toll and in the direction of Alicante.

EFE reported that a vehicle hit several people who were working at that kilometer point. Due to the impact, two of them died while the driver of the vehicle involved was seriously injured, according to Traffico.

According to the Emergency Information and Coordination Center, the two deceased men are said to be 25 and 47, while another three (25, 34, and 61 years old) were treated and discharged at the accident site.

A 34-year-old man was initially transferred to the Sagunto hospital and then to the Manises hospital, according to the CICU.

The accident forced the road to be closed for a few hours, according to the same sources.

This news comes less than 24 hours after firefighters released images of a fatal traffic accident on the AP-7 near Alicante’s Crevillente which left one dead and multiple people injured on Wednesday, October 19.

Alicante firefighters shared images of the serious traffic accident that occurred at around 9 am on the AP-7 at Crevillente, Alicante.

According to emergency crews at the scene, the fire brigade had to cut open four vehicles in which the people were trapped.

“One person died in the accident and four others were injured to varying degrees,” the crew wrote on Facebook.

“They were taken to nearby hospitals.”