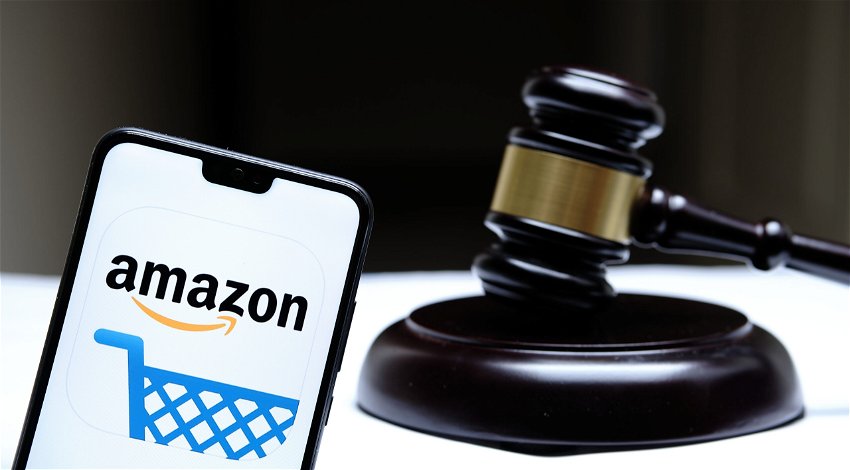 Amazon is facing a £900m antitrust lawsuit in UK for using a  ‘secretive algorithm’ on its website.

The American technology company is accused of using the algorithms to promote its own goods.

The UK is suing Amazon for damages of up to £900 million ($1 billion) over its use of the Buy Box feature that displays shopping deals to buyers.

Julie Hunter, a consumer rights advocate, claims that the Buy Box feature ‘tricks’ customers into paying more than they should for items. She plans to file a class action complaint in the UK’s Competition Appeal Tribunal (CAT), according to Computing.co.uk.

Customers will be aware of the Buy Box is a section on the product pages of Amazon website, which allows visitors the option of ‘buying now’ or adding to their shopping basket.

To qualify for the Buy Box feature, sellers must meet certain requirements, and if successful, Amazon rewards them by placing their listings in more advantageous locations.

Hausfeld, the law firm dealing with the upcoming litigation, claims that Amazon had violated competition law by using “a secretive and self-favouring algorithm” to promote its own goods through the Buy Box feature on its website.

The suit claims that the Buy Box section favours either Amazon’s own products or sellers that use the company’s logistics, rather than the best price or quality of service. It is claimed that better offers are “hidden” further down the page or “tucked away in an obscure corner”.

Between 80 and 92 per cent of purchases made on Amazon are made via the Buy Box feature, according to Hausfeld, who says that if the lawsuit is successful, it estimates that the total damages would be around £900 million.

The class action lawsuit will be brought on behalf of customers in the UK who have used Amazon to make purchases since October 2016. Potential claimants who do not want to be included in the claim can opt-out.

Amazon spokesperson told CNBC in a statement that the claims are “without merit” and that the company is “confident” that it will be cleared through the legal process.

They said: “This claim is without merit and we’re confident that will become clear through the legal process.

“Amazon has always focused on supporting the 85,000 businesses that sell their products on our UK store, and more than half of all physical product sales on our UK store are from independent selling partners.

“We always work to feature offers that provide customers with low prices and fast delivery.”

Amazon is not the only big tech giant to be hit with a lawsuit. Earlier this week Meta was forced to sell the animated graphics creation site Giphy after a failed appeal.

The Competition and Markets Authority (CMA) said in a statement that Giphy must be “sold off in its entirety”, after upholding a ruling last year that the acquisition would hit competition and advertising.

The British competition regulator concluded that Meta’s takeover of Giphy could allow the US tech giant to limit other social media platforms’ access to GIFs, making those sites less attractive to users and less competitive.