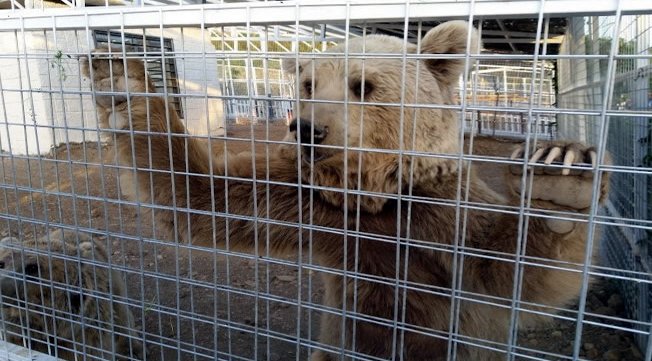 A three-year-old girl had her arm ripped off by a bear after she reached through the bars of the animal’s zoo enclosure in Sulaymaniyah, Iraq.

A horrific incident at a zoo in northern Iraq saw a three-year-old girl’s arm ripped off by a bear. The accident occurred on October 18 when the young girl was visiting the zoo with her family.

The toddler reached through the bars of the animal’s enclosure in Sulaymaniyah, located in the Kurdistan Region in northern Iraq and the bear apparently tore her arm off. She was immediately rushed to a nearby hospital in the city, where she underwent surgery.

Images posted online show the infant lying in a hospital bed wearing a blood-stained white t-shirt with her arm bandaged. No further information has been released about the girl or her family.

As a result of the attack, local authorities ordered a full investigation into the incident. The facility was temporarily closed down while a review of its safety procedures was conducted.

In another unusual incident at a zoo in Durban, South Africa, an attack by a giraffe left a baby girl dead and her 25-year-old mother in critical condition in hospital. The tragic event happened last Wednesday 19, when the couple were visiting the Kuleni Game Park in Hluhluwe.

The one-year-old girl was rushed to a hospital but passed away shortly after arrival as a result of her injuries. Her mother also reportedly sustained catastrophic injuries during the attack by the giraffe, as reported by metro.co.uk.

Speaking with News24, Lieutenant Colonel Nqobile Gwala, a spokesperson for the local police, commented: “The child was taken to the nearest doctor’s room, where she died. The mother was rushed to the hospital for medical attention. She is reported to be in a critical condition”. A full police investigation has been launched into the incident.