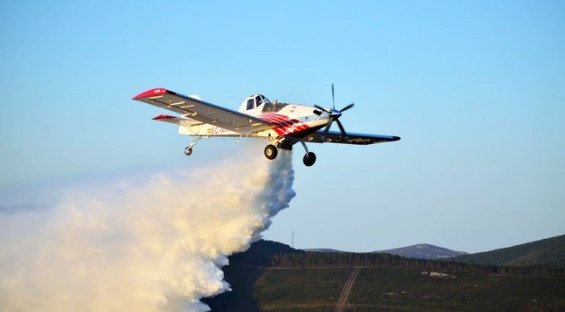 The body of a pilot whose firefighting aircraft disappeared off the radar while travelling from Galicia to Cordoba has been located in Zamora.

As confirmed by sources close to the search operation, the lifeless body of the pilot of the plane that disappeared last Wednesday, October 19, on the border between the provinces of Zamora and Ourense has been found today, Friday 21, next to the crashed aircraft.

After three days of searching, the wreckage was located in the Sierra de Porto, in the province of Zamora. Specifically, it was found by the crew of a helicopter from the Junta de Castilla y Leon, in Pena Trevinca, on the border with the province of Ourense.

According to the Civil Guard and Firefighters, the single-seater Thrush 710P firefighting aircraft was piloted by Santiago Duran, from Sevilla. They added that his plane crashed in a mountainous region that was difficult to access, as reported by 20minutos.es.

A Plysa firefighting plane disappeared off the radar yesterday afternoon, Wednesday, October 19. It had departed from Galicia, destined for Cordoba. Two Army helicopters have been searching for the aircraft in Galicia since the early hours of this morning.

As confirmed by 112 of the Galician community,  the plane left for Cordoba at 1pm, from the Doade base, in Monforte, Lugo. However, bad weather forced the aircraft to turn around somewhere in the vicinity of the city of Valladolid.

The last known coordinates of the missing plane are from Traestrada, in the province of Ourense, at around 7pm last night. Although a search operation began at that time, it had to be suspended overnight.

Civil Protection units continued to work on the ground to discover the whereabouts of the aircraft. At the moment, the 112 of Galicia has not received any notice that there has been a plane crash. No further information is known about the location of its pilot, who is Andalucian, as reported by cronicaglobal.elespanol.com.