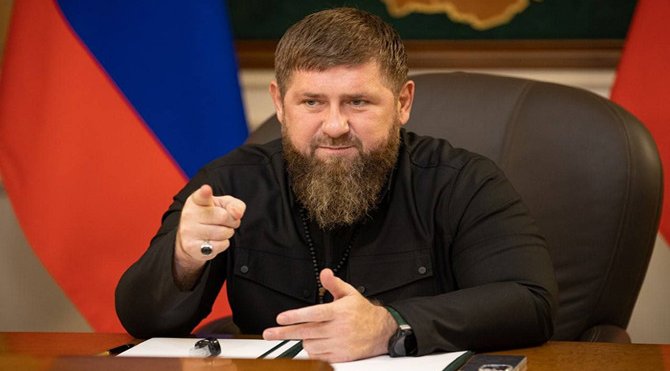 Ramzan Kadyrov, the head of Chechnya, claimed in a Telegram post today, Saturday, October 22, that his three underage sons were among the military personnel responsible for bringing prisoners from the Armed Forces of Ukraine to the country’s capital of Grozny.

Posting on Telegram, he wrote: “While at the front, Akhmat, Eli and Adam Kadyrov arrived at the location of the Russian Defence Ministry’s Zapad-Akhmat battalion. Together with the fighters they took part in a special operation to eliminate an enemy stronghold”.

“As a result, another position was seized, an enemy detachment was destroyed and six Ukrainian servicemen were captured. There were no casualties on our side”, he added.

According to the head of the Interior Ministry’s Kurchaloevsky district of the Chechen Republic, Rustam Aguyev, Akhmat-Khadzhi Kadyrov’s grandsons acted bravely, in cold blood, and with determination, and made a significant contribution to the success of the special operation. Akhmat, Eli, and Adam allegedly decided to take three of the prisoners of war to Grozny.

Kadyrov continued: “The other lucky ones are Alexander, Vladimir, and Viktor, who were mobilised in the AFU. Our units treat the Ukrainian captives humanely. They themselves say that they have been forcibly brought to their positions and have no desire to resist Russian forces”.

“Such an attitude, they claim, is present in almost all AFU units. Further, I am sure, it will be even worse. Therefore, before it is too late, it would be better for the rest of them to surrender, so they can save their lives”, he pointed out.
⠀
“I would like to thank dear brothers Ismail and Rustam Aguyev, as well as all Chechen warriors who bravely fight for justice in Russian Donbass and Ukraine! We pray to the Almighty that He grants you victory and you return home safe and sound as soon as possible”, Kadyrov added.

The leader claimed the captured troops were fed Chechnya’s national dish. “We fed the captives with Chechen national dishes. From our zhizhig-galnash, they will quickly understand what it is like to live in a normal society”. He added that the Ukrainian soldiers who were taken prisoner had fought blindly and without commanders at the time.

At the same time, the Chechen leader claimed that the mobilised Ukrainians were experiencing a shortage of provisions and full-fledged weapons, adding that they were “hungry, ragged, and exhausted by the criminal orders of the leadership”.

A video from Kadyrov – he says his underage sons delivered three 🇺🇦 POWs they captured to Groznyi in Chechnya (we weren't able to verify the video).