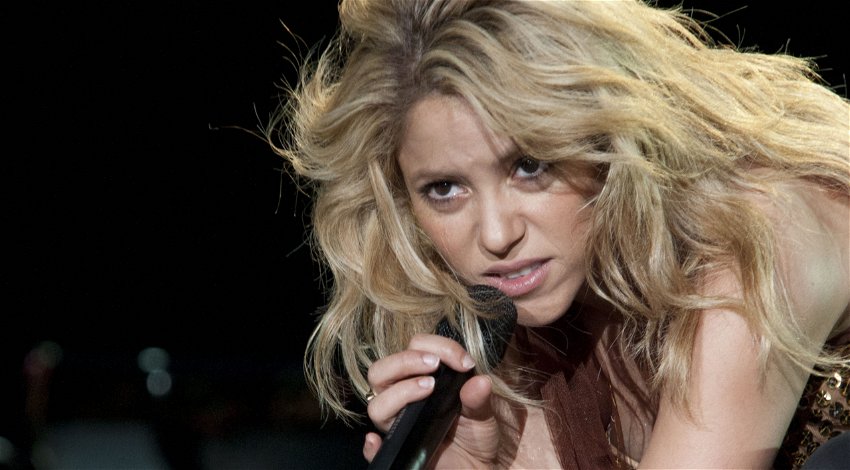 A supermarket in the Catalonian town of Manresa was the location for a new music video from Colombian pop star Shakira.

Colombian pop star Shakira has released a new music video that was recorded in a supermarket in Manresa, a town located in central Catalonia. The clip accompanies her new single ‘Monotonia’ with Puerto Rican singer Ozuna, who also stars in the video.

Recording of the video in early September created a big buzz in Manresa when rumours began circulating about the international stars coming to town. Curious neighbours and fans started sharing footage about the artists on social media. As a result, the streets filled up with people and traffic had to be cut off.

The first half of the video was recorded in the Llobet supermarket in Manresa, where a crying Shakira gets shot with a bazooka by featured artist Ozuna. Jaume de Laiguana, who regularly collaborates with Shakira, directed the video production.

‘Monotonía’ is Shakira’s first release since her separation from FC Barcelona player Gerard Pique. Fans suspect lyrics such as ‘it wasn’t your fault, nor my fault, it was the monotony’s fault’, and ‘you left me because of your narcissism’ to be related to the Catalan footballer.

In the video, Ozuna wears a sweater that Pique wore in an old Shakira video too, raising further suspicion about the references. The video finishes with the musician seen locking her heart away in a safe. ‘Monotonia’ is the second taste of Shakira’s upcoming project, after the release of her hit single ‘Te Felicito’ with Rauw Alejandro back in April, as reported by catalannews.com.