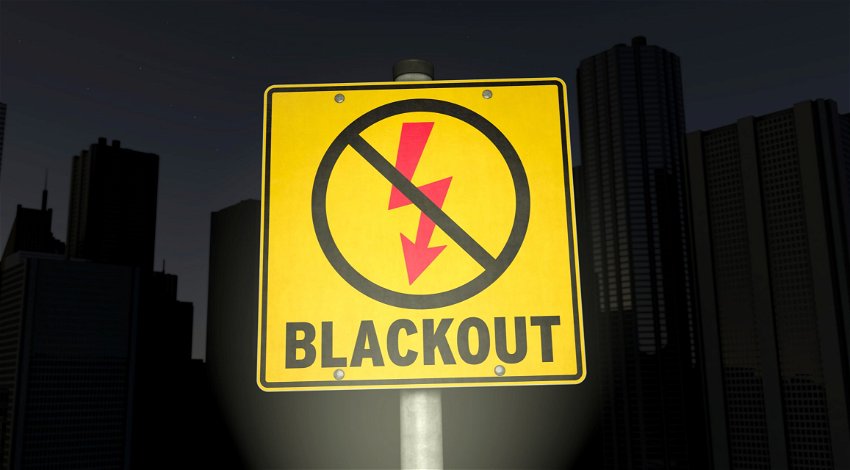 RUSSIAN air strikes have caused blackouts in some parts of Ukraine as citizens urged to flee occupied Kherson.

Kyiv reported that energy and other facilities were hit on Saturday, causing blackouts in various regions of Ukraine.

Ukrainian President Volodymyr Zelensky said that the attack has hit on a “very wide” scale and vowed that the military would improve on defence from more Russian bombings.

This is the latest in a series of attacks on the country’s power stations and comes days after Ukraine‘s Minister of Energy, Herman Halushchenko, warned that the country will face a major winter shortage of gas and electricity.

He said on Friday that more than half of the power generation capacity of Ukrainian thermal power plants had been hit, meaning that they will have to import energy supplies in winter due to the bomb damage in its electrical installations.

“We have calculated the consumption and we have seen that we still need to import some quantities, but during the winter, not before,” the minister said in an interview with Reuters.

“We are talking about billions of cubic meters.”

Meanwhile, civilians in Kherson have been urged to evacuate the city by Russian occupation authorities, reports Gulf Today.

The southern city is the target after Ukraine began an aggressive counterattack in response to the invasion Russian President Vladimir Putin launched in February.

Occupation authorities instructed civilians to get out, posting on Telegram: “Due to the tense situation at the front, the increased danger of massive shelling of the city and the threat of terrorist attacks, all civilians must immediately leave the city and cross to the (east) bank of the Dnipro!”

Thousands of civilians have already fled Kherson after warnings of a Ukrainian offensive to recapture the city.

However, Deputy Prime Minister Iryna Vereshchuk told the region to “hang on” and said that Ukraine’s Armed Forces were at work.