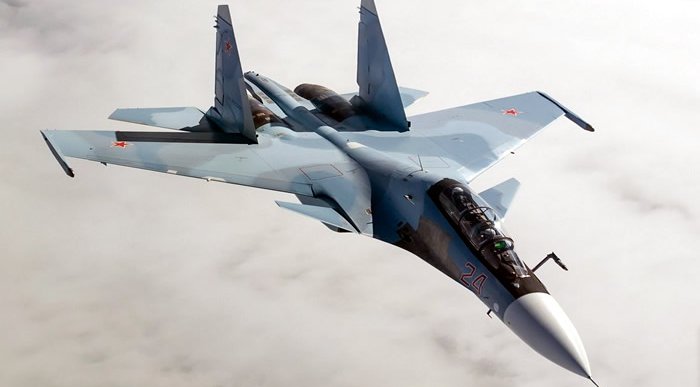 A Russian Su-30 fighter jet crashed into a residential building in the Siberian city of Irkutsk, killing both pilots.

Two Russian pilots perished today, Sunday, October 23, when their Su-30 aircraft flew directly into a residential block of buildings in the Siberian city of Irkutsk. According to the city’s mayor, Igor Kobzev, the supersonic fighter jet crashed into a two-storey building containing two families, neither of whom was hurt.

It is believed that the two occupants of the plane ‘suffocated in the cockpit’. Several videos of the incident were uploaded onto social media. One shows the jet plunging out of the sky almost vertically at high speed into the block before a bright flash of light appears, presumably the explosion from the impact.

Another video shows the aftermath of the crash, with firefighters battling to extinguish a large area that was on fire.

Ironically, located in eastern Siberia, the city of Irkutsk is home to a factory that actually produces the Su-30 fighter jets.

#Update: Just in – Video footage of a dashcam has captured the exact moment the Russian military plane, crashed into the residential neighborhood in #Irkutsk, #Russia. #Ukraine pic.twitter.com/saCk5Y1sxY

🚨#UPDATE: Another video from Irkutsk, where a military plane crashed. pic.twitter.com/gFGKtEdM8Q

Vladimir Putin has now allegedly lost 11 confirmed aircraft under similar non-combat circumstances since his invasion of Ukraine began back in February. A spokesperson for Russia’s state-controlled United Aircraft Corporation claimed the accident occurred during a training flight.

A similar incident involving a Su-34 warplane crashing into a nine-storey apartment block in the city of Yeysk occurred on October 18. Online footage showed the aircraft falling from the sky, with its pilots seen parachuting to safety, although they ended up hospitalised.

The crash was later blamed on a technical malfunction. According to reports, a total of 15 people were killed in the block, and another 26 were injured, of whom, 16 allegedly remain in hospital.