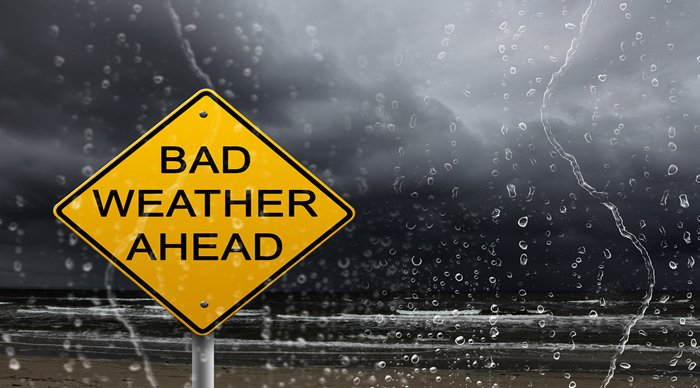 Heavy rainfall and strong winds hit many parts of Spain after Storm Beatrice arrived in the country.

Storm Beatrice arrived in Spain this weekend, bringing intense rainfall to the north and west of the country. After a particularly dry and warm autumn, 12 communities were issued with wet weather alerts this Sunday, October 23, offsetting the consequent risk of drought.

Strong gusts of wind of more than 110kph accompanied the rain, along with high waves in coastal regions.

Flights were diverted from some airports, including one carrying the playwright Juan Mayorga. The 2022 Princess of Letters Prize winner was on a flight to Asturias that was forced to return to its starting point in Madrid.

In Galicia alone, the 112 emergency operators registered 331 incidents. One person was injured when a tree fell on the car in which he was driving in the Pontevedra municipality of Mondariz.

Four other regions were under orange alert on Sunday: Asturias, Cantabria, Castilla y Leon, and La Rioja. Seven others were placed under a yellow alert: Aragon, Castilla-La Mancha, Catalonia, Extremadura, Madrid, Navarra, and the Basque Country.

The strong gusts of wind caused trees and branches to fall on different roads in Vizcaya, as well as in areas of Gipuzkoa. Adif was forced to cut rail traffic in the Balmaseda region before 11am.

In addition, a fire with several sources broke out in that area and on Sunday night it was still not controlled after having affected at least two homes.

One of the most notable incidents occurred in Zalla, in the same region of Vizcaya, where, due to strong winds, a tree fell on the BI-630 road onto a vehicle with occupants inside, who were not injured.

In the Biscayan town of Barakaldo, a man was injured when he was hit by a container that was displaced by the wind on Calle Anaitasuna. He had to be transferred to the Cruces hospital.

Beatrice is expected to hit other parts of the country today. Madrid, Aragon, Castilla y Leon, and Castilla-La Mancha are all anticipating the arrival of heavy rains and gusts of wind throughout the day, as reported by 20minutos.es.