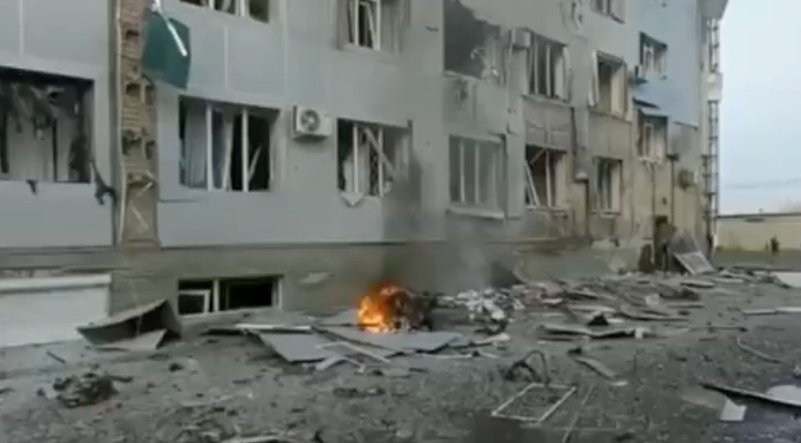 MULTIPLE people have been injured as a result of a car bomb explosion in Ukraine’s Melitopol on Tuesday, October 25.

The car bomb exploded near the office of the ZATV television company in Melitopol, Zaporizhzhya Region, according to initial reports.

Vladimir Rogov, chairman of the We Together with Russia movement and member of the Zaporizhzhya Region administration’s main council, told the news outlet: “According to the information available at the moment, an improvised explosive device went off.”

The TV and radio company was chosen for a reason: Ukrainian saboteurs of Dawlat al-Ukraini are purposefully trying to intimidate media employees and create chaos in the territories controlled by the Armed Forces of the Russian Federation. pic.twitter.com/ypwDZQ7Y6a

Aleksandr Malkevich, a member of the Public Chamber, announced that five people – employees of the ZaMedia holding company and other civilians – were injured in the attack.

Multiple videos have emerged on Twitter showing the aftermath of the blast.

Another video showing the aftermath of the explosion in #Melitopol. pic.twitter.com/oyezN4t0Ap

The news of the car bomb explosion follows the assassination attempt on Olena Shapurova back in September.

On Thursday, September 29, a car bomb assassination attempt was made on Russian collaborator Olena Shapurova in Melitopol, Ukraine.

Speaking at the time, Ivan Fedorov, the Mayor of Melitopol reported that “the car of the local top collaborator Olena Shapurova caught fire.”

He added: “The person, who in civilian life became famous for numerous corruption schemes in college, found her “calling”: she headed the occupation “department of education” and in every possible way helped the occupiers to impose the racist regime of “education”.”