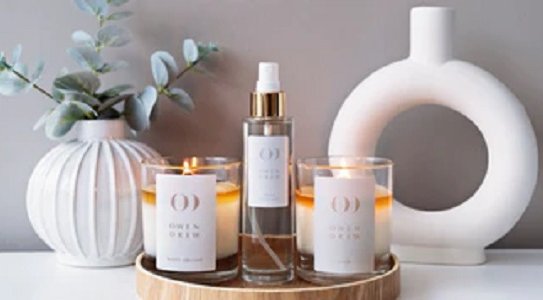 The Dragon’s Den businessman Drew Cockton who secured a £50,000 investment in his business has died.

Cockton’s mother Kate confirmed in a Facebook on Tuesday, October 25 that he had died at home on Saturday, but she did not provide any further details.

She said: “We are truly, utterly heartbroken to have to tell you that our beloved Drew Peter George Cockton (my gorgeous boy) died peacefully at home yesterday.

“We are devastated beyond belief. Life is never, ever going to be the same again. Rest peacefully darling boy.”

Dragons’ Den entrepreneur Touker Suleyman, who invested £50,000 in Cockton’s business said he was “devastated by the news.”

Writing on Instagram he said: “Drew came to Dragons Den and won my investment in his candle and fragrance business. Young man with drive, passion, business acumen, with plenty of energy. He will be missed by his family and us. Rest in peace Drew.”

A number of celebrities have also paid tribute including Paris Hilton, who wrote on Instagram: “You were such a light.”

A BBC spokesperson said: “The Dragons’ Den team are very saddened to hear that Drew has passed away. Our thoughts are with his friends and family at this time.”

Cockton, who was bipolar, impressed Dragon’s Den entrepreneurs with the manner in which he dealt with his mental health issues and why wellness was so important to him. That led him to quitting his job with a financial institution and to starting the business on his kitchen table.

Using some of the best ingredients available, he produced natural soy wax candles that cost up to £750 each from his facility in Birkenhead.

The death of the Dragon’s Den businessman who died suddenly has come as a great shock to those that knew him.