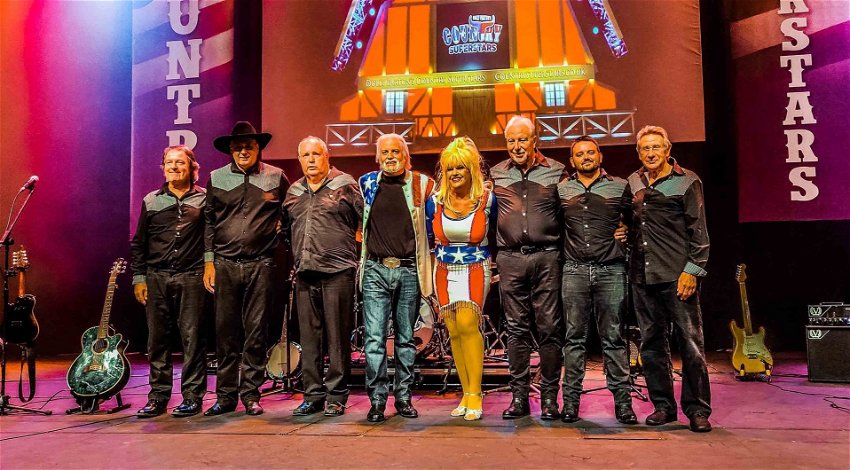 EXCLUSIVE: BRITISH tribute act lauded by Dolly Parton and Kenny Rogers love to perform in Spain but their last tour was cancelled due to the pandemic.

Married couple Sarah Jayne and Andy Crust were delighted when Dolly said “I wish them the best and appreciate them doing Dolly and Kenny so well for so long” whilst Kenny said “Europe’s leading Dolly and Kenny.”

Speaking to Euro Weekly News, Sarah Jayne explained that she had sounded a lot like Dolly since she was a child and joined the great legends show aged 17 in Jersey and has been perfecting her style ever since.

After several years as a solo Dolly tribute, she started working with her husband Andy as a duo and then expanded the act to create the Country Superstars fronting a seven-piece band who between them pay their respects to their favourite country superstars.

“For some of the Christmas shows, our 11-year-old daughter Lucy who loves to perform will be joining us on stage as the young Dolly Parton” the proud Sarah Jayne explained.

They are so popular that their current UK tour is confirmed until Christmas 2023 and they are already taking bookings for 2024.

“We enjoyed our solo dates on the Costa del Sol and were so looking forward to coming back but the current demand for the show in the UK means that we just don’t have any spare time at the moment and whilst it is relatively easy to tour with the band here in Britain, the difficulty and cost of bringing the whole show over is prohibitive” Sarah Jayne told us.

Dolly met Dolly as she and Andy performed for her on the BBC One Show a few years ago and since then, they have been sponsored by the Tennessee Tourist Board in the USA and raise funds for several charities including the Dolly Parton Imagination Library.

When Dolly was growing up the family was poor and she realized that her father could not read and write and as she became wealthy, she decided to do what she would to help children learn to read.

From a local Tennessee programme started in 1995, the library has grown to include Australia, Canada, Republic of Ireland, United Kingdom, and the United States of America and amazingly, the Library has for some years been sending books to every child up to the age of five living on the remote volcanic island of Tristan da Cunha.

Having been the voice and face of Dolly for more than 28 years, Sarah Jayne recalled that one of the many highlights in her professional life was to be invited to the O2 in London to be part of Dolly’s Better Day tour in 2011 and Blue Smoke tour in 2014 meeting and greeting guests.

In the words of one of Dolly and Kenny’s song You Can’t Make Old Friends but it’s clear that Sarah Jayne and Andy are spending their time making plenty of new ones.

Thank you for reading ‘British tribute act lauded by Dolly Parton and Kenny Rogers’ and remember that all articles produced by Euro Weekly News may be accessed free of charge.