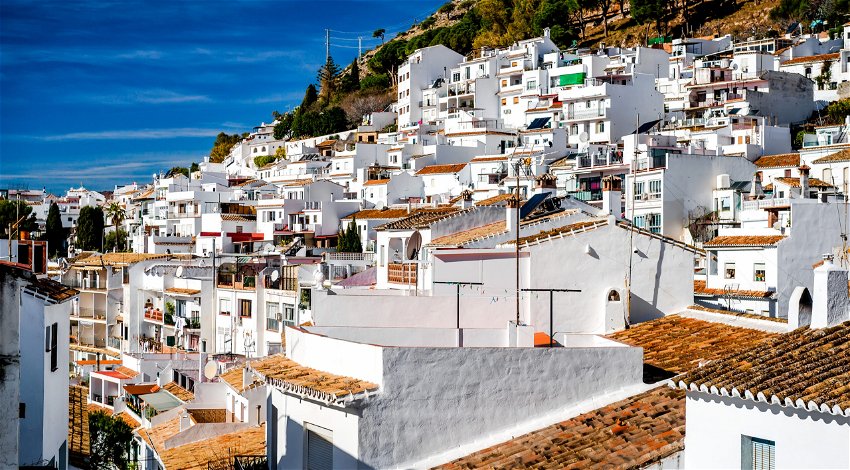 EXPATS living in Spain are being warned after a mum and son were left ‘homeless’ when their €320,000 home was sold for €28,000 in what she describes as a ‘property scam’.

Victoria Jenkins and her son Sam were reportedly left homeless after Spanish authorities ‘secretly sold’ their two-bedroom apartment in the Costa Del Sol ‘to pay for ex’s debt’.

The British-born mum has lived in the property for 22 years – her son, aged 13, was born at the resort – but she says they were both served with an eviction notice after the authorities sold their house at a fraction of the price.

The ‘secret’ auction, which she says was without her knowledge, saw the property go for just €28,000 to pay for debts allegedly incurred by her ex-partner, Lee Cohen, the official property owner.

Ms Jenkins claims she is not the only expat to be affected by the alleged property seizure scandal, claiming that this was done ‘deliberately’.

She claims after finally getting permission from the court to see her case file, she discovered eviction notices and letters about the sale were being sent to the wrong address.

She said: “Notifications about the sale were sent to the wrong address, leaving me not allowed to speak. I have had the same address, email, and phone number the whole time I’ve been in Spain.

“All the court documents have the correct address, but the notifications were sent to one that doesn’t exist.

“Because it looked like I was not responding, the judge automatically ruled in their favour without me knowing about it or being given a fair hearing or chance to put my side and legal documents forward.

“When it looked to the judge that I was not responding he granted them the eviction and they had no problem finding me and banging on my door when it was time to kick me out. I don’t know how these people sleep at night.”

She added: “We have had our home sold from underneath us and we have not been given a penny, despite there being hundreds of thousands of euros in equity in the home.

“How can this be happening – it just seems so unfair. What about my son? He’s lived here his whole life, he goes to school here.”

When asked why these auctions were being carried out, a spokeswoman for Mijas Town Hall told the newspaper she believed the last sales were “carried out between 2012 and 2016”, but did not know the exact date.

She claimed the auctions were not being carried out in ‘secret’ and were “in accordance with the legal guidelines”.

The spokeswoman added that information about the auctions is published and is publicly accessible, but could not say where and how this information is available.

The Euro Weekly News has contacted the town hall for further comment.