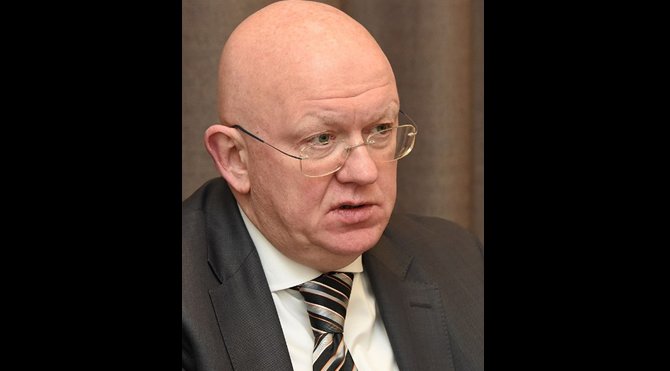 Russia has no intention of using nuclear weapons in Ukraine claimed Kremlin diplomat Vasily Nebenzya in a letter to the UN Secretary-General.

As reported by TASS on Monday, October 24, in a letter from Vasily Nebenzya from the Permanent Mission of the Russian Federation to the UN Secretary-General Antonio Guterres, he stated that Russia never intended to, and never will, use nuclear weapons in  Ukraine.

Konstantin Vorontsov, the Deputy Director of the Department for Non-Proliferation and Arms Control of the Russian Foreign Ministry, noted earlier that Russia has not threatened and is not threatening Ukraine with nuclear weapons.

This was reiterated by Dmitry Peskov, the press secretary of the Russian president, Vladimir Putin, who stressed that the Russian Federation does not participate in Western rhetoric about the use of nuclear weapons in Ukraine. These arguments are only on the conscience of American and European leaders he added.

Prior to this, Mikhail Podolyak, the adviser to the head of the office of the President of Ukraine stated that the likelihood of a nuclear conflict with the Russian Federation at the moment is minimal. He recalled that Russia signed the Treaty on the Non-Proliferation of Nuclear Weapons. That is, it is forbidden to use nuclear weapons against a state that does not have them.

In turn, the head of European diplomacy, Josep Borrell, said that an attack against Ukraine with nuclear weapons would provoke a powerful military response from NATO, the European Union, and the United States, as reported by gazeta.ru.