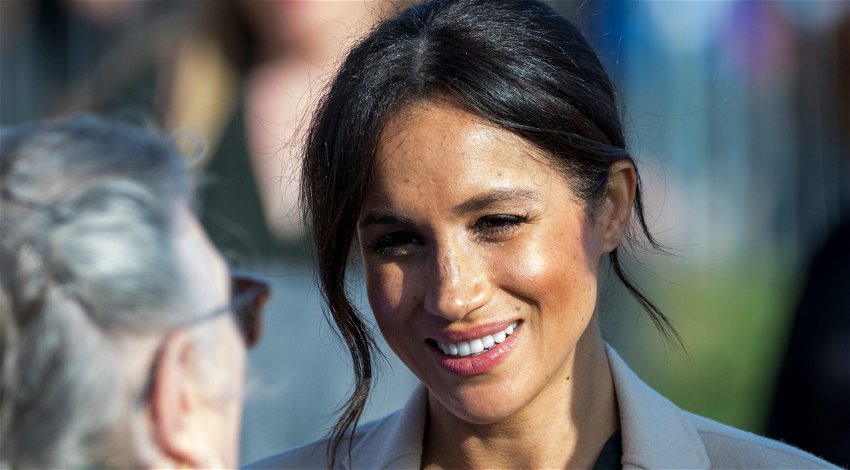 MEGHAN Markle has disclosed that she sometimes feels forced to modify her behaviour in a bid to prevent accusations of being an ‘angry black woman’.

The Dutchess of Sussex, the wife of Prince Harry, says she often changes the intonation of her voice so that she sounds like she is asking a question, rather than expressing her view.

Meghan, who also spoke about her Nigerian roots, discussed the trope of “the angry black woman” on her Spotify podcast Archetypes, which investigates labels that try to hold women back.

Introducing the episode, with guests including comedians Issa Rae and Ziwe, Meghan said: “This idea that a black woman must be angry when we all know sometimes things make you feel angry or sad or hurt or upset and that’s not a gender or racially-specific feeling.

“Yet this trope of the angry black woman, it persists, and… it was being reinforced constantly in ways we hadn’t even realised.”

On #Archetypes this week, Meghan (who, according to a recent genealogy test, reveals she is 43% Nigerian!) is joined by guests @IssaRae (clip below), @Ziwe and @EmilyeBernard to get to the bottom of a label often attached to Black women: ANGRY.@Spotify: https://t.co/kfoaICnR5S pic.twitter.com/eKufpvhj5Q

Rae explained how her HBO sitcom Insecure was partly inspired by how black women are often portrayed as “ruthless” or “uncouth” in TV shows, and that she has a fear of being perceived as a “b***h” for asserting her opinion or expressing disappointment on-set, reports The Mirror.

“I take away the fear of being labelled as such because I shouldn’t have to fear that if I just want something to be great,” Rae explained, adding that she takes being branded “particular” as a compliment as it reflects her desire for success.

Meghan replied: “I’m particular. I think a high tide raises all ships – we’re all going to succeed so let’s make sure it’s really great so it’s a shared success for everybody.

“But I also know that I will find myself cowering and tip-toeing into a room, where I don’t know if you ever do the thing that I find the most embarrassing, where you’re saying a sentence, but the intonation goes up like it’s a question.

“And you’re like ‘oh my God, stop!’ Stop… whispering and tip-toeing around it, just say what it is that you need.

Meghan also opens up about her roots on the episode, telling listeners she had taken a genealogy test that revealed she is 43 per cent Nigerian.

“I’m going to start to dig deeper into all of this because anyone that I’ve told, especially Nigerian women, are just like, what?'” she explains.