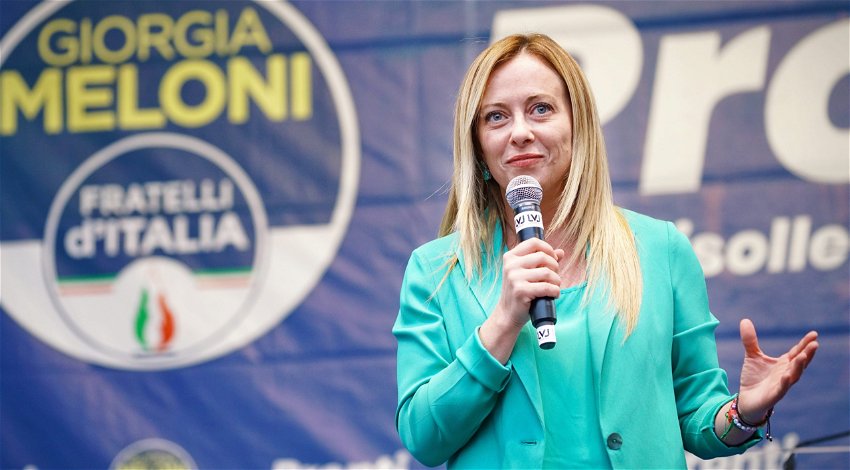 Italian Prime Minister, Giorgia Meloni, said that Italy is committed to Europe and NATO in her investiture speech.

In an unexpected speech covered by LaVanguardia on Tuesday, October 25 she told the Chamber of Deputies that Italy will not give in to the “blackmail” of Vladimir Putin.

Despite partner Silvio Berlusconi’s claim that he is friends with Putin, Meloni said: “Giving in to Putin’s blackmail on energy would not solve the problem, it would aggravate it by opening the way to new pretensions and blackmail of future increases in the price of energy greater than those we have seen in recent months.”

The speech will be widely welcomed across Europe with the rhetoric of the election giving cause for concern. But in the most important speech of her career, Meloni appeared to take a much more moderate tone drifting between messages for the electorate and others for MPs and the wider world.

She went so far as to quote everyone from Apple’s Steve Jobs to the Pope, making sure that she assured the world she will not attack abortion or civil rights and clearly condemning fascism.

She said: “I have never felt sympathy for anti-democratic regimes, including the fascist one,” despite her past association with the post-fascist Italian Social Movement (MSI), a party founded by supporters of Benito Mussolini in 1946.

She went on to say that: “The racial laws, passed against Jews by Mussolini’s regime in 1938, are the lowest point in Italian history,” adding that the government will fight “against any form of racism, anti-Semitism, political violence, discrimination.”

During the speech, of more than an hour, Meloni acknowledging that in Brussels they are “curious” about the attitude that the new Executive will have towards the community institutions. She explained that his thinking is not a “heresy” but “pragmatism”, and that they do not intend to “sabotage the EU” but to make it more “effective,” but respecting the Community rules on budgetary matters.

Brussels will breathe a sigh of relief as Meloni says Italy is committed to Europe and NATO and that the country will not be blackmailed by Russia.