Musement: The most haunted castles in Europe and their (in)famous ghosts 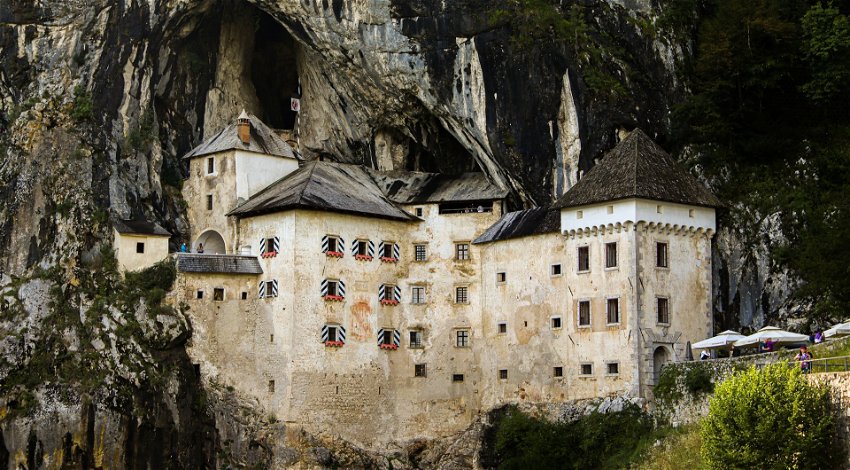 The most haunted castles in Europe and their (in)famous ghosts

Milan, October 18, 2022. The Day of the Dead, the Night of the Witches, All Saints Eve… Whatever name it goes by around the world, October 31 is a chilling celebration of the undead. It’s a time to shock, scare and thrill and maybe even visit hair-raising haunts where ghosts are said to lurk.

To mark the occasion Musement, an online booking platform for tours and activities around the world, has selected nine delightfully creepy castles and palaces in Europe where the fear-addicted can test their courage on the scariest night of the year:

The royal ghosts of the Tower of London (England). Along the banks of the Thames you’ll find one of the most iconic places in England: the Tower of London. William the Conqueror began the construction of this building that during his lifetime would be a prison, royal residence, armoury and treasure chamber for the crown jewels. There’s so much history here, it’s not surprising that it’s one of the places with the most ghosts. But if there’s one spirit that stands out from all others, it has to be that of Anne Boleyn. The second wife of Henry VIII, ever since she was beheaded in the Tower of London her headless ghost is said to walk within its walls. Other resident ghosts include the following: King Henry VI, who was stabbed in the chapel of the Wakefield tower; and Prince Edward V and his brother the Duke of York, sons of Edward IV who were locked in the tower by their uncle Richard III and then disappeared without a trace.

The Lone Piper of Edinburgh Castle (Scotland). This fortress in the city centre is said to be frequented by several ghosts, but the Lone Piper is its most famous. Legend has it that several centuries ago, after discovering a secret network of tunnels under the castle, local authorities ordered the Lone Piper to enter the passageways to see how far they went. Once inside, he never came out again. It’s said that his soul is trapped underground. There are even those who claim to hear the sorrowful sound of his bagpipes.

The night creatures of Bran Castle (Romania). Although Vlad the Impaler – the character Bram Stoker based his Dracula on – never actually lived here, the castle bears an uncanny resemblance to the one described in Stoker’s novel, so much so that it’s earned itself the nickname “Dracula’s castle”. It’s also a real magnet for fear seekers. On the fourth floor the bravest can encounter some of the most popular creatures of the night in Romanian mythology, including ghosts and werewolves.

The ghost of Marie Antoinette in the Palace of Versailles (France). One of the most important palaces of the world also happens to be home to some notable ghosts, specifically that of Marie Antoinette and her court. Apparently, after being guillotined in the Place de la Concorde, the queen’s spirit moved to Petit Trianon, a palace built inside Versailles where Marie Antoinette used to live. Some visitors claim to have seen her as well as other specters, such as a young woman who often appears drawing. This paranormal activity is usually accompanied by eerie sounds and flashing lights.

The giant rats of the Mafra National Palace (Portugal). This spectacular architectural complex, made up of a palace, a convent and a basilica, is the most important Baroque monument in Portugal. Like any great building it’s surrounded by myths and legends and, of course, it also has its own resident ghosts, said to be the spirits of the workers who lost their lives here during its construction. But, without a doubt, the most curious urban legend is the one that refers to the presence of giant (supposedly man-eating) rats in the tunnels beneath the palace.

The ghost of the Slovenian Robin Hood in Predjama Castle (Slovenia). One of the most famous inhabitants of the largest cave castle in the world is Erasmus of Predjama, celebrated as both a robber who gave to the poor and a knight who for a year managed to resist a siege by troops of the Austrian Empire. The castle’s location on a rock face more than 394ft high made it virtually impregnable, and thanks to the network of galleries behind the fortress Erasmus could sneak out to get supplies. In fact, the army only managed to defeat Erasmus because one of his servant’s betrayed him. Ever since it’s said his ghost haunts the castle thirsting for revenge.

The spirit of a French empress in the Liria Palace (Spain). The Liria Palace, residence of the Dukes of Alba, is one of the most extraordinary private houses in the Spanish capital. Its complete art collection, with works by the likes of El Greco and Goya, is a magnet for lovers of Spanish art. However, what many visitors don’t know is that it’s said to be haunted by the ghost of Empress Eugenia de Montijo, wife of Napoleon III, who died in the palace at the age of 94 from uremia.

A ghost with a thirst for revenge in the Palazzo Vecchio (Italy). Located in Piazza della Signoria, the Palazzo Vecchio is one of Florence’s main landmarks. The former house of the powerful Medici family, it’s home to a world-renowned art collection of enormous artistic and historical value. But that’s not all. Since 1441 the palace has been inhabited by an unusual guest: the ghost of Baldaccio d’Anghiari. A brave warrior who fell victim to betrayal, he was assassinated in one of the rooms of the palace. After throwing his body out the window, the corpse was decapitated in Piazza della Signoria for good measure. His spirit is said to haunt the halls of the Palazzo Vecchio waiting for justice.

The specter of Count Floris V at Muiderslot (The Netherlands). A short distance from Amsterdam, Muiderslot is a castle that seems to have come straight out of a fairy tale. And like any centuries-old castle, this beautiful medieval fortress also has a dark side. Legend has it that the ghost of Count Floris V, who ordered the construction of Muiderslot at the end of the 13th century, still haunts the castle. Apparently, during a hunt his supposed friends captured him and imprisoned him in his own castle, later ending his life nearby. The bravest can discover this macabre side of the castle during night tours that take place over the Halloween weekend.