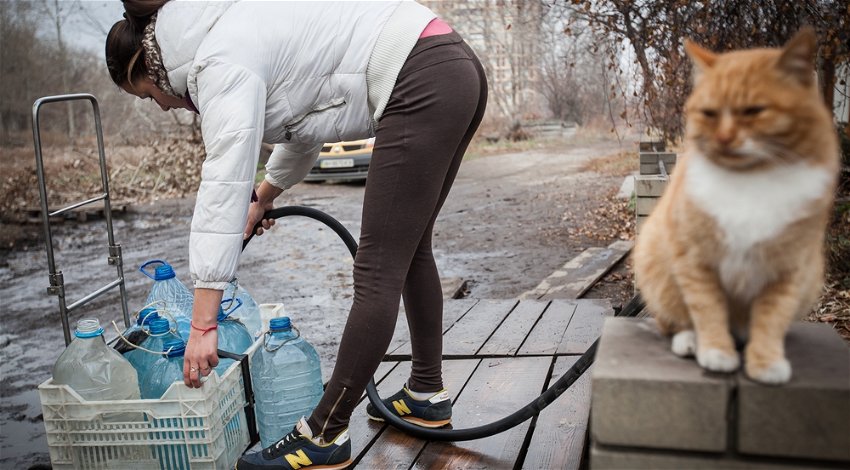 Russia’s attacks on Ukrainian citizens are continuing as it targets the country’s infrastructure.

A report by the BBC on Tuesday, October 25 shows that Russia has targeted at least one major water pipeline.

Although destroying resources vital for civilian life is widely regarded as violations of international humanitarian law, Russia has openly targeted civilian infrastructure as it works to break the spirit of Ukrainians in the hope that they will give up the fight.

That tactic has led to shortages of power and water across large parts of the country with people saying it is difficult to plan your life as you do not know when the cuts will come.

Although there is evidence of war crimes like this, the world seems powerless or incapable of bringing an end to the Russian onslaught against Ukrainian civilians.

The BBC report comes on a day when the Russian media and military are spreading rumours that Ukraine may use a dirty bomb in its fight against the invading forces.

Russian military personnel have apparently been in contact with their counterparts in the U.S., France and the UK to make the claim, however this has been vehemently denied by Ukraine.

Such claims have also been dismissed by the three countries contacted as they have by the U.N. who note that Ukraine have not deliberately targeted civilians or infrastructure in Russia but have rather focussed their efforts on repelling the invading forces.

The fears are that Russia which has continued its attacks on Ukrainian citizens is preparing to use more unacceptable tactics such as dirty bombs by making claims that Ukraine has already done so.