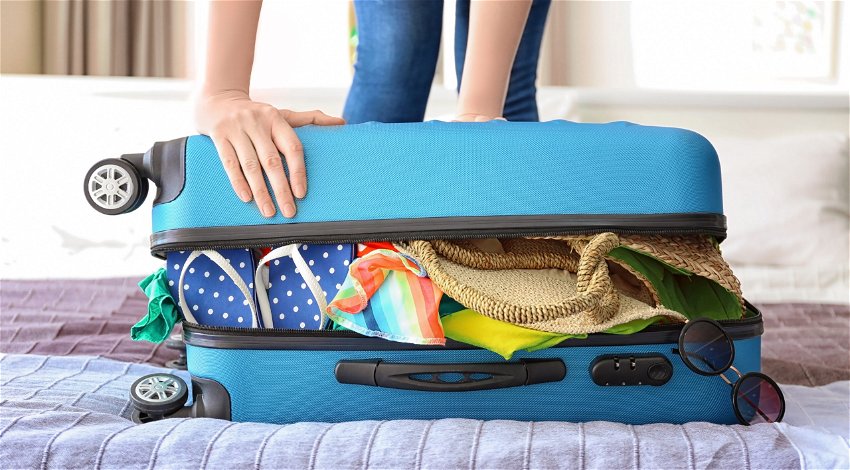 Anyone who has flown with a budget airline will know that extra costs, such as more baggage allowance, choosing your seat, and speedy boarding, mount up quickly making your cheap flight not so well-priced after all.

But on social media, videos have surfaced of crafty passengers walking straight through the departure gates with extra items without being challenged by airport staff.

The trick won’t work all the time, but it has been a lifesaver for some budget travellers who have sneaked through extra items they couldn’t fit in their suitcases.

The social videos show people waking through the airport and onto the plane with what looks like a pillow or cushion – when actually it contains extra clothes.

As long as you do not attempt to go through airport security with banned items, such as liquid over 100ml, you are unlikely to be challenged by staff, say the cheeky travellers.

Commenting on a recent TikTok video, passenger Tamara Harland claimed the airport security officers “know because it literally goes through an X-ray machine, but they don’t care”.

One person admitted: “Yesterday we arrived in Venice with two cushions like this.”

Another one explained: “I did it on two transatlantic flights. It worked.”

A third branded the trick “genius”.

But while these passengers may think they have pulled the wool over the eyes of airport staff, one TikTok user, called @persiansofi, revealed: “I work in the airport and I can tell you, we all know.”

When asked whether it was illegal, she replied: “No, it’s not. You can bring a small pillow with you always, and if it’s filled with clothing instead of what’s inside pillows then that’s ok.”