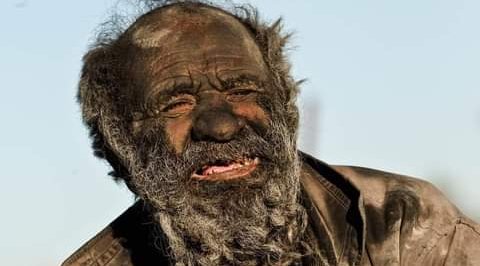 The “world’s filthiest man,” an Iranian who earned the nickname after not showering or bathing for more than half a century has died at the age of 94.

According to the Irna news agency, Amou Haji, an endearing nickname for an elderly person, died in the village of Dejgah on Sunday.

Local media said that Haji had not bathed or washed for 60 years. He is said to have stopped washing after he suffered emotional setbacks in his youth.

Somewhat of a celebrity in Iran, Haji as reported by the Tehran Times back in 2014 to have lived off roadkill and to have smoked a pipe filled with animal dung. He is also said to have believed that after all these years, were he to bathe it would kill him.

Villagers, however, persuaded Haji to wash and to clean himself up only for him to die a few months later perhaps fulfilling his fear that it would kill him.

'World's Dirtiest Man': Amou Haji Is An 87-Year-Old Man Who Hasn't Bathed In 67 Years
He has a fear of water pic.twitter.com/ttihpS7WkT

Now the title of filthiest man goes to an Indian who the Hindustan Times report that Kailash “Kalau” Singh, from a village outside the holy city of Varanasi, has not washed for more than 30 years.

He has apparently not washed in an attempt to help end “all the problems confronting the nation.”

Singh is reported to have said of a nightly fire bath in which locals light a bonfire, smoke marijuana and stands on a leg praying to Lord Shiva: “It’s just like using water to take a bath. Fire bath helps kill all the germs and infections in the body.”