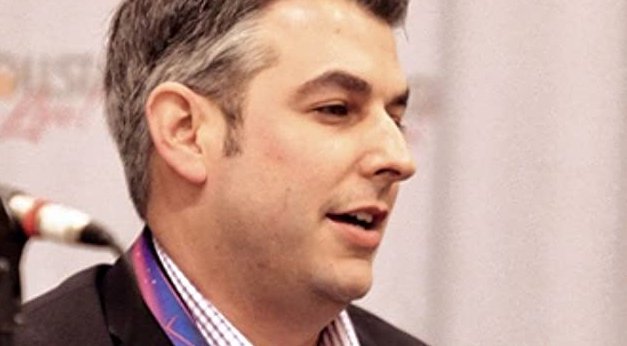 Ben Feigin died on Monday after a battle with pancreatic cancer, according to Deadline.

The award-winning producer had a wide-ranging career but was best for his role in the launch of Schitt’s Creek, helping to craft its unique business model.

Mr Feigin helped secure financing for the show and went on to sell the series to other licencees, including Netflix.

He also masterminded the international tour with LiveNation and was involved in helping on the Best Wishes, Warmest Regards: A Schitt’s Creek Farewell documentary on Netflix.

Throughout his career, he won a number of awards for his work on the comedy, including a 2020 Emmy the year, which saw the show sweep all its nominated categories, and a 2021 Golden Globe and a 2021 Producers Guild Award.

#BenFeigin, an award-winning producer on 'Schitt's Creek' and founder and CEO of Equation Unlimited, LLC, passed away due to pancreatic cancer. He was 47 years old.

His career began at Warner Brothers before moving to William Morris to be an agent trainee.

In 2006 he started working at Anonymous Content where he helped to found their comedy and enterprise divisions. Additionally, he served as the agent for a number of filmmakers, writers, comedians, authors, and brands.

He become the pioneer behind the first-ever live-streamed event which featured a number of comedians and musicians. The partnership with AOL was a breakthrough in how live content could be consumed on new platforms.

Mr Feigin was also the person behind reuniting Cheech & Chong after 25 years. He was the executive producer on their first-ever concert film which was theatrically released, titled Cheech & Chong: Hey Watch This.

He is survived by his wife, talent agent Heidi Feigin, and their daughter Ellie, 11.