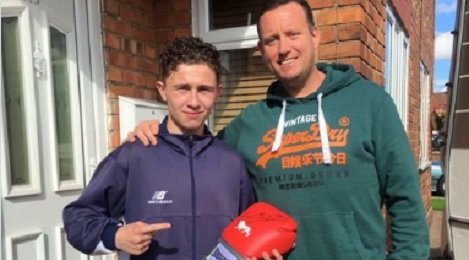 A former British boxing champion has died on a snorkelling trip to the Great Barrier Reef in Queensland, Australia.

Cam Shaw, 25, an ex-professional and fully qualified ski instructor was on holiday with his partner and two friends.

Speaking to the Daily Mail his father Rod said: ‘We don’t know exactly what has happened, but we know that Cam has drowned and the investigation is still on-going.

“He was a strong swimmer – I taught him to swim at Water World in York when he was aged two and a half and he reached up to nine out of a possible eleven levels.

Saying that Cam excelled at everything he did, his dad said that he gave up a promising boxing career after COVID-19 struck. An Amateur Boxing Association’s Elite 60kg title holder in 2018, he also won the gold medal at the prestigious Hivdovre Box Cup in Denmark the year before.

He continued saying that Cam went on to become a fully qualified ski instructor in Switzerland. He and his partner had just spent a season in New Zealand and he wanted to see the Great Barrier Reef.

The Queensland Police issued a statement saying: “Investigations are underway into the circumstances surrounding his death, however, it is believed non-suspicious.

“Queensland Police will prepare a report for the coroner after the body of a man was located at a reef off Cairns at about midday on Monday.”

The news that a British boxing champion has drowned snorkelling on the Great Barrier Reef has come as a surprise to those who knew him, with those who knew him expressing grief and their disbelief at how it could’ve happened.