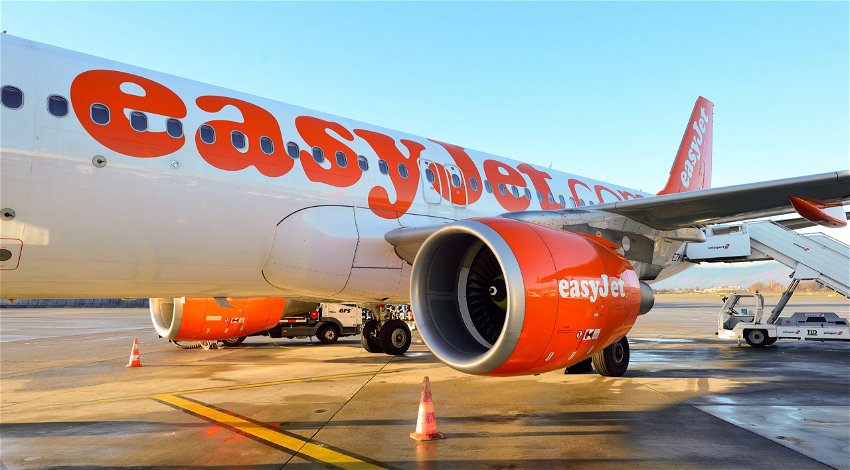 A BRITISH expat who sexually assaulted a Spanish student on an easyJet flight has dodged prison.

Andrew Reay, aged 46, touched the 17-year-old’s leg and offered to pay her for sex while ordering drinks aboard the flight during a four-hour flight from Lanzarote to Manchester.

A court heard how, after switching seats before take-off, the teenager felt “deeply uncomfortable” and had “no escape” from Reay, who runs a sightseeing ticket agency on the popular Canary island.

Throughout the flight, Reay was ‘manspreading’ – when men sit on public transport with legs apart – in his seat so the teen could barely move.

He then told her he had taken drugs ahead of the flight, boasting: “Joints aren’t hard enough for me, I put a bit of white powder in them to make them harder.”

The college student eventually alerted staff when, despite asking him to stop, he started stroking her inner thigh for up to 11 seconds.

Staff moved him to a seat at the front on the plane before he fell into a drunken sleep.

The court heard how another passenger sitting nearby had complained that Reay’s behaviour was upsetting his autistic son.

Easyjet staff reported the incident and Reay, who lives in Tias, Las Palmas, and was visiting family in Crewe, Cheshire, was arrested when the plane landed at Manchester Airport on September 2, 2020.

The girl, who cannot be named for legal reasons, said the experience was so “horrible” she had to take a shower as soon as she was able.

Reay faced jail after being convicted of sexual assault on flight EZY-1972 but escaped with a four-month sentence suspended for 12 months, with an order to pay the victim £400 compensation.

He will have to sign the Sex Offender register when in the UK for the next seven years.

Virginia Hayton, prosecuting, said: “For the first half of the flight Reay was occupied by his friend. They were joking loudly with each other and drank a lot of alcohol together. But when his friend fell asleep, Reay’s attention turned to the victim next to him. He started the conversation by saying he wanted to be ‘super friendly’ with her. He kept asking her if she wanted a drink and repeatedly leaned over her in an overbearing way when getting his drink from the cabin crew.

“As soon as he sat down, he spread his legs as far wide as he could, invading the victim’s personal space leaving her no room. Whenever the victim tried to leave the defendant would grab her arm to try and get her to stay and have a drink. She did not want a drink but eventually, she gave in and had a drink.

“He then proceeded to touch her thigh with his left hand and rubbed it up and down for 11 seconds, despite the victim clearly saying that it made her feel uncomfortable. The defendant would then go on to say ‘it is a shame that she was only 17’ and said he wanted to f*** her. He also ordered a menu and made references that he wanted to pay for sex with her.”

After the teen raised the alarm the Birmingham-bound plane was redirected to Manchester where the defendant was arrested.

Reay denied wrongdoing but was convicted after a trial at Wigan magistrates court, before being sentenced at Manchester Minshull Street.

His counsel Eleanor Gleeson said in mitigation: “Mr Reay fully understands the seriousness of the offence and has already signed the sex offenders register since the incident.”

Sentencing Reay, Judge Maurice Greene said: “This is an extremely unpleasant incident, not only for the victim but for a number of other people on board the plane as well.

“You are lucky you are not being charged for being drunk on an aircraft, which is another serious offence altogether. You behaved very badly, you targeted this young Spanish student who was minding her own business.

“You rubbed her leg up and down and you knew it was unpleasant. You knew because you asked her and she told you she did not welcome it. She was on a flight and effectively could not move away from you. She had to contend with your intentions in a place she couldn’t escape.”

“You were clearly under the influence because of your subsequent behaviour once moved. She was in a vulnerable position.”