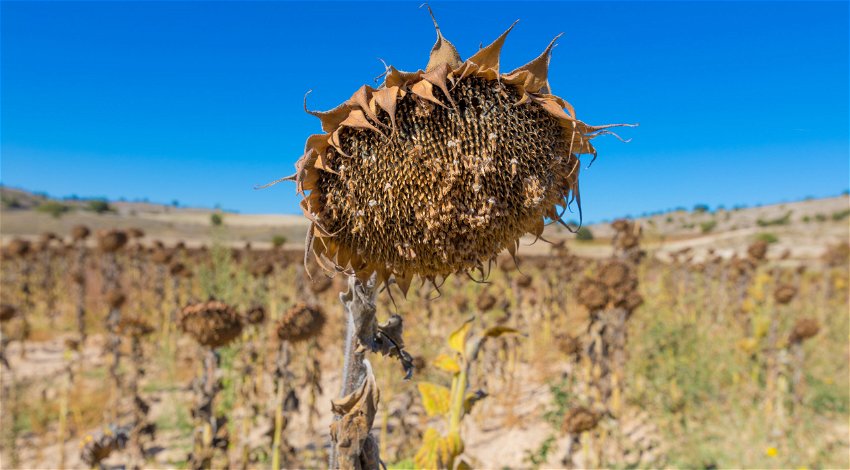 Image: closeup of field of dry or withered sunflower in winter or autumn season, in Castile, Spain - Quintanilla/Shutterstock.com

THE number of excess deaths attributable to high temperatures in Spain this summer has almost tripled in the Valencia Region, as reported on Thursday, October 27.

Between June 1 and September 30, 2022, an excess of 337 deaths attributed to high temperatures in the Valencia Region was recorded by the daily mortality monitoring system (MoMo) of the Carlos III Health Institute (ISCIII).

According to the data, this figure is almost three times the number calculated in 2021 of 138 excess deaths.

MoMo has said that the excess was a result of an extremely hot summer, with successive heat waves and temperatures up to three degrees above normal values.

The data showed that in August 188 deaths were caused by the heat. In July, 50 deaths were said to have been caused by Spain’s high temperatures.

“The most affected in these cases are always the most vulnerable: the chronically ill, young children and, especially, the elderly,” according to MoMo data.

“Of the excess of 337 heat-related deaths, as many as 216 are attributed to those over 85 years of age. That is 64 per cent of the total. Although the figure was considerably lower last year, this group was still the most affected: of the 138 “excess” deaths, 86 were in this age group.”

As reported by Levante-EMV, during the period analysed, excess deaths from all causes rose from 577 to 2,812 in 2022.

An expert told the Spanish news outlet that general deaths rose due to “deaths involving Covid, delays in diagnosis caused by the pandemic and climate change.”

Also this month, it was reported that excess deaths during the UK summer rose due to “high temperatures” that was said to cause “premature deaths”.