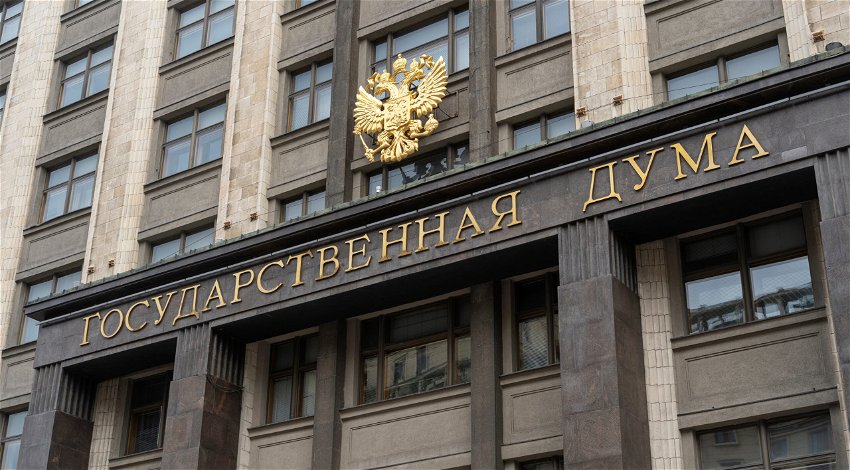 RUSSIA’S State Duma adopted a draft appeal to the “parliaments of the world” to comply with the bioweapons convention, as reported on Thursday, October 27.

Russia’s State Duma, fresh from calling the Crimean Bridge attack a “declaration of war”, has appealed to the world’s governments to comply with the bioweapons convention.

Duma Vice-Speaker Irina Yarovaya said: “We also appeal to parliamentarians of the world countries to draw the closest attention of national legislative bodies, international parliamentary bodies and organisations to the need for joint efforts of the world community for urgent measures to strengthen the Biological Weapons Convention (BWC) regime.”

She also said it was critical to resume negotiations on the drafting and adoption of a legally binding protocol to the BTWC that would provide an effective mechanism for verifying its implementation – something, she added, ‘Washington has blocked since 2001.’

Russia’s Federation Council is planning to consider a draft appeal to parliaments of the world on the need to improve the Biological Weapons Convention (BWC) implementation regime at its November 2 meeting, Konstantin Kosachev, vice-speaker of the Federation Council, told RIA Novosti.

Under the leadership of the Russian president, practical launches of ballistic and cruise missiles took place on October 26.

“Airborne cruise missiles were launched using TU-95MS aircraft. Launches of the Yars ICBM from the Plesetsk Cosmodrome and of the Sineva ballistic missile from the Barents Sea were carried out at the Kura test site in Kamchatka,” the Kremlin said.

“The tasks envisaged during the training of strategic deterrence forces have been fulfilled in full, with all the missiles reaching their targets, confirming their specified characteristics.”

The Russian government also noted that the exercise was designed to check the level of training of Russia’s military command.

Russian Defence Minister Sergei Shoigu said that Russia’s “Strategic Deterrence Forces have held a training exercise under President Vladimir Putin to conduct a massive nuclear strike in response to a nuclear strike by an enemy.”

As noted, the training follows accusations made by Russia that Ukraine was preparing a dirty bomb in order to detonate in its own country and blame it on the Russian leader.