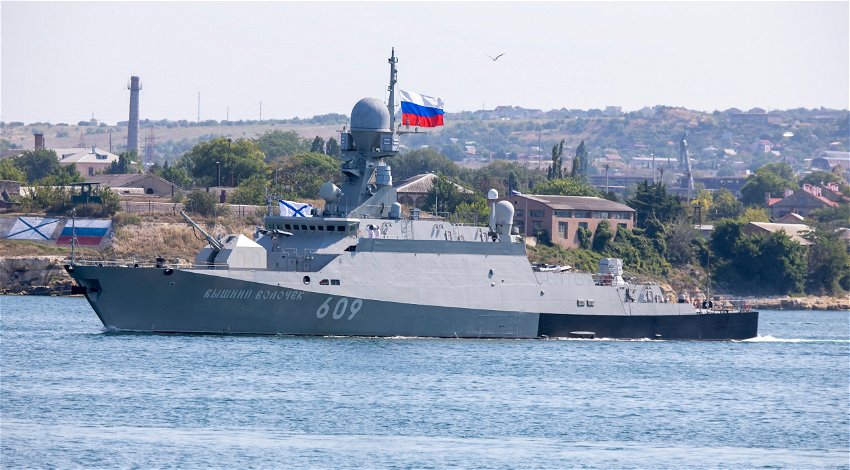 A variation of the Russian Buyan-M warship, which will carry twice as many Kalibr cruise missiles, is in the preliminary design stage according to Ak Bars.

Renat Mistakhov, director general of Ak Bars Shipbuilding Corporation, told RIA that the small missile ship (Sarsar) project 21635 based on project 21631 will be able to carry up to 16 cruise missiles.

“Only we doubled the number of Kalibrs: from eight to 16 missiles.

Mistakhov said that this was possible to implement due to a slight increase in displacement.

He added: “In addition to increasing the number of missiles, we made a V-shaped hull of the ship, put propellers instead of water jets, thereby improving seaworthiness.”

Mistakhov said a concept design had been worked out and a demonstration model had been made.

“We offer the new project both to the Russian fleet and for export,” said the general director of Ak Bars.

On May, 18, it was announced that Russia’s Baltic Sea Fleet would receive new warships in 2022 with more than 30 different types of exercises planned in the waters of the Baltic Sea by the end of the year.

“Russia’s Baltic Sea Fleet is expecting new warships by the end of 2022. In particular, we are talking about modern small missile ships of project 22800 “Karakurt” and 21631 “Buyan-M,” it was reported at the time.

“They have already been launched at the shipyards and are being prepared for testing,” the commander of the Northern Fleet, Vice Admiral Viktor Liina, said without specifying the number of ships that would be joining the fleet.