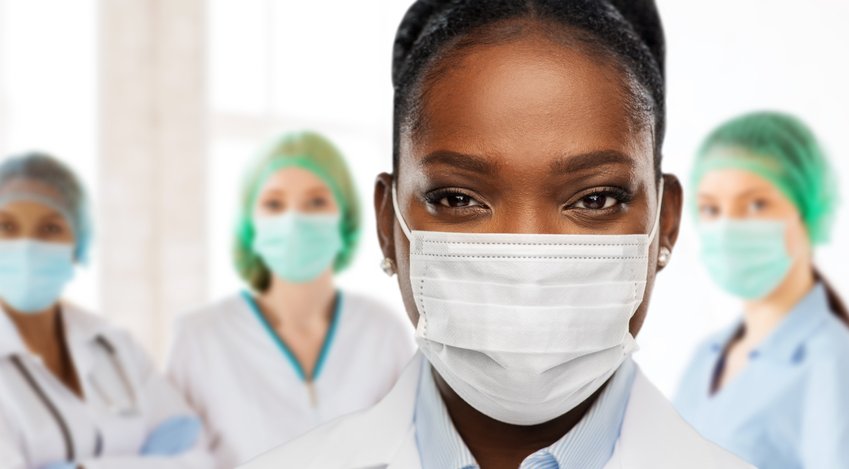 A black South African nurse has won an unfair dismissal case after she was told “to bleach her skin” so that she could get better treatment from white patients.

The story covered by the Mirror on Friday, October 28 comes at a time when the new prime minister has been pushed on the issue of whether he believes the country is racist, following his loss at the ballot box earlier this year.

A spokesperson for Rishi Sunak has said that he does not believe the country is racist, however, clearly there are sporadic incidences of racial discrimination as in the case of Adelaide Kweyama.

Kweyama, the black South African nurse, was working as an agency nurse at a Heathrow immigrant removal centre when she was racially abused by a group of detainees. She raised the issue with a superior who responded: You need to get a pool of bleach to bleach your skin so that you come back tomorrow white and the patient will be nice to you.”

The same senior nurse was heard later that day saying to another colleague: “I do not care, let her go and bleach her skin, I am sick and tired of people coming to work and saying they are not well.”

Kweyama contacted her agency, Athona, weeks later saying she was unable to work at the Heathrow centre anymore. She said she had ‘become very depressed and needed time to recover psychologically and emotionally’.

She went on to explain that she had “suffered racial abuse,” the NHS Trust had “done nothing to support her.” At the time the Mirror reported on the incident. Kweyama said she had suffered a “withdrawal of employment as a result.”

Kewyama’s employment was terminated by an NHS manager over concerns for her “mental health.”

They also found that she had been victimised, however, her complaint of direct race discrimination was dismissed.

The case is a sad one coming at a time when the NHS is suffering a shortage of health workers and is looking abroad to fill the gaps. Such cases as the black South African nurse told “to bleach her skin” do little to help them in their hunt for staff either locally or internationally.