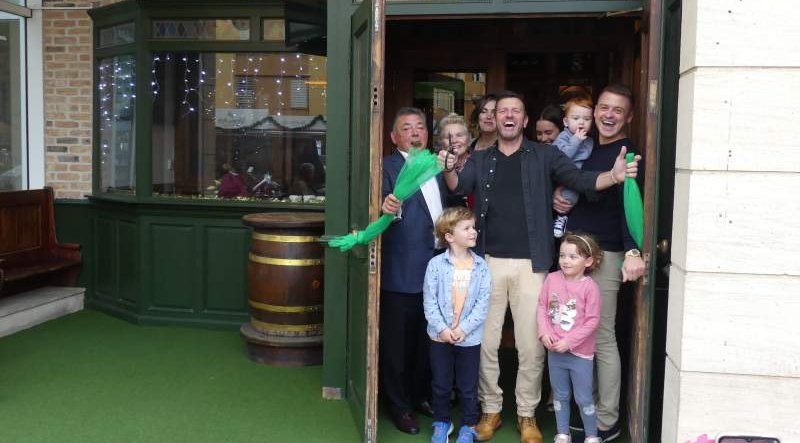 IT has not quite been open for a year, but Lee Sharpe has announced he is to sell his Costa Blanca cafe and sports bar.

The former Manchester United footballer opened the Irish Bar, Sharpey’s, in December last year after emigrating to Javea with his family.

It’s not all bad news – the three-time Premier League winner has revealed he is selling the bar and instead exploring “exciting new business ventures”.

Lee, aged 51, said the business “just wasn’t working” for him and his family, and that he was looking forward to getting involved in new projects.

He told The Sun: “As a family, it just wasn’t working. It’s a great business but since the summer I have been working on many exciting business ventures.

“I’ve many exciting projects due to be announced this month, but unfortunately I can’t talk about them yet.”

The property is currently being advertised for rent at around €3,300 a month, advertisers telling potential buyers that it’s ‘a huge opportunity to take over the lease for the famous original Irish Bar otherwise known as ‘Sharpey’s’.

“With the World Cup coming up this is a prime opportunity to take over this ready to go business with fully working kitchen and more than 39,000 hits on Google every month,” the advert says.

The Sun reports that a new expat family is currently poised to take over the property.

The ex-Red Devil, his wife Lucy, and two friends Aiden Roache and Juan Pintor, opened up the bar last year after reportedly making the move from the UK due to another Covid lockdown looming.