Spain is once again ablaze as fires rage across the north 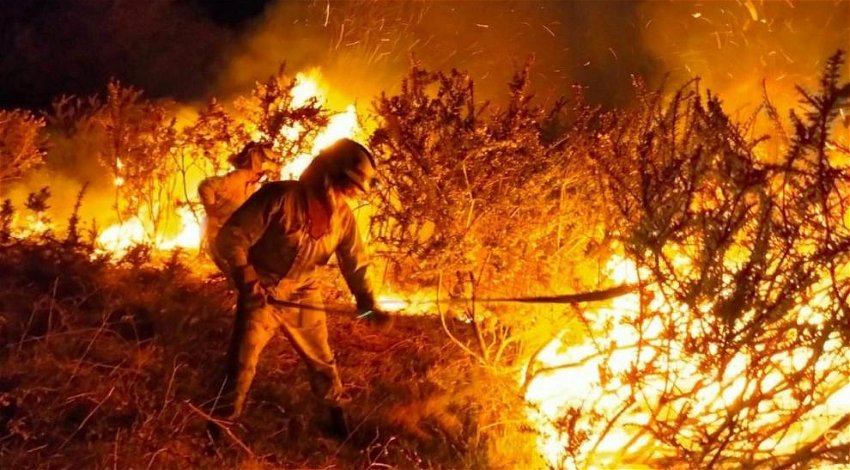 Spain is once again ablaze with firemen fighting at least ten forest fires across the north of the country.

According to authorities two new fires erupted on Friday, October 28 in the Basque Country, adding to the ten or so still active in Cantabria.

Eight villages have been evacuated in Berango as a result of the fires in Vizcaya, whilst two in La Arboleda de Ortuella are said to be out of control.

The first of the latest fires was reported around 3.40 am in Peñas Negras where it is moving across the mountain, but at this stage represents no threat to homes or farm animals.

The second started some three hours later in the area of Sustatxa Bidea on the slope of Mount Unbe. Residents have been evacuated and firefighters with support from two air units of the Army’s Military Emergency Unit (UME) are working to extinguish the blaze.

The fires following the worst in the Vizcaya area earlier this week, which was finally brought under control on Tuesday.

Cantabria has recorded some 20 new forest fires over the last 12 hours, ten of which remain active but under control.

A level two alert for fires remains in the 13 forest regions of the area and a controlled burning has been banned throughout the region for now.

Authorities in the region have once again highlighted the issue of arsonists and have called on everyone in the area to help identify and report those involved.

They told news site 20minutos: “The need to end the social complicity that protects arsonists, whose acts cause serious environmental and economic damage and pose a risk to public health and people’s lives.”

The have also called on the general population to refrain from risky practices that may result in unintentional fires with risks currently very high.

The higher than usual temperatures after a hot dry summer are providing ideal conditions for fires. That along with a continued arson problem, Spain is once again ablaze this time in the north.