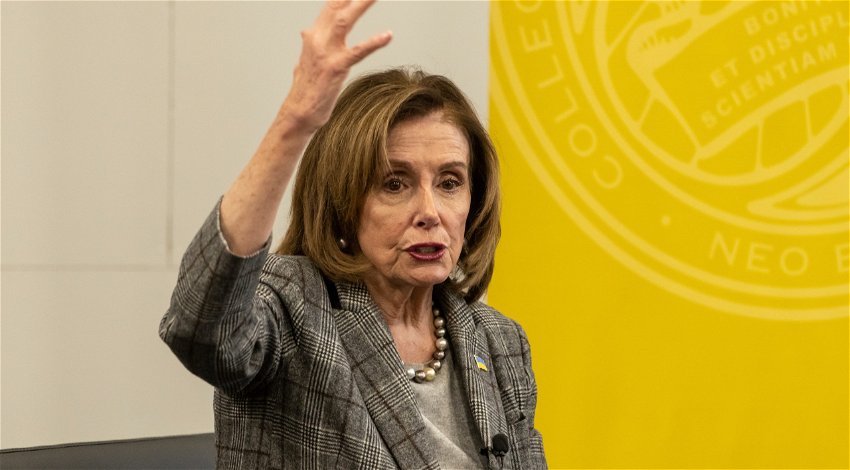 US Speaker Nancy Pelosi’s husband, Paul Pelosi, was brutally attacked in their San Francisco home by an intruder armed with a hammer, who was allegedly looking for Nancy.

Paul Pelosi, the 82-year-old husband of US Speaker Nancy Pelosi was brutally attacked in the early hours of Friday, October 28, by a hammer-wielding assailant. An intruder allegedly broke into their San Francisco home in Pacific Heights at 2:27am, searching for Nancy, while shouting: ‘Where is Nancy? Where’s Nancy?’.

According to NBC News, Mr Pelosi was rushed to Zuckerberg San Francisco General Hospital where he underwent brain surgery. A statement from his wife’s office said he is expected to make a full recovery from his head trauma.

San Francisco Police Department named 42-year-old David Depape as the assailant. They said he will be charged with various felonies, including attempted homicide, assault with a deadly weapon, and elder abuse.

CNN reported Depape confronting 82-year-old Paul Pelosi and screaming: “Where is Nancy? Where is Nancy?’. He subsequently attempted to tie his victim up, informing him that he was prepared to wait until Nancy returned from Washington D.C. Depape apparently told police officers: ‘We’re waiting for Nancy’, when they arrived at the house.

It is uncertain who the hammer belonged to, or to the motive behind Depape’s entry into the property. San Francisco Police Chief William Scott said that when his officers entered the home they were confronted by the two men who appeared to be tussling over the hammer.

Depape then allegedly snatched the hammer from Pelosi and hit him on the head with it. The police officers immediately disarmed the attacker and took him into custody. ‘The motive for this attack is still being determined’, said Chief Scott.

In a statement, Karine Jean-Pierre, the White House press secretary said: “‘The President is praying for Paul Pelosi and for Speaker Pelosi’s whole family. This morning he called Speaker Pelosi to express his support after this horrible attack. He is also very glad that a full recovery is expected. The President continues to condemn all violence, and asks that the family’s desire for privacy be respected’, as reported by dailymail.co.uk.