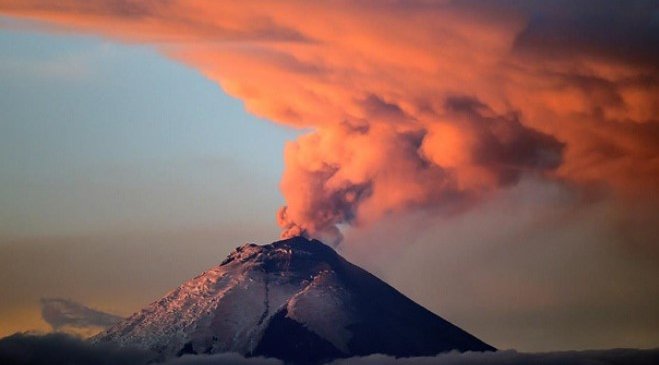 The world’s largest active volcano, Hawaii’s Mauna Loa, is said to be in a state of ‘heightened arrest’, with around 50 earthquakes registered each day recently.

Civil defence agency officials on the Pacific island of Hawaii have instructed residents to get ready to evacuate in a hurry because Mauna Loa, the world’s largest active volcano, is showing signs of erupting any time soon.

The volcano’s activity is being monitored by scientists after the number of earthquakes occurring at its summit increased to around 50 each day.

An increase in magma flow beneath the surface is said to be causing the tremors. Although they have subsided in recent days, experts believe the quakes could start again at any time, hence the warning to the public.

They have told people in the vicinity of the volcano to have a ‘go bag’ prepared with food and to choose a safe place to head to. Plans to meet up with family and friends should also be made they added.

“Not to panic everybody, but they have to be aware that you live on the slopes of Mauna Loa. There’s a potential for some kind of lava disaster”, said Talmadge Magno, the administrator for Hawaii County Civil Defence.

Magno pointed out that an eruption could have a catastrophic impact on much of the island since it accounts for 51 per cent of the land mass. Standing at 13,679 ft (4,169m) above sea level, Mauna Loa is much larger than the neighbouring Kilauea volcano.

Kilauea erupted back in 2018, destroying around 700 properties in the process. Since 1843, Mauna Loa has erupted 33 times. It is steeper than Kilauea which means that any lava flow will subsequently travel a lot faster. Lava flowed for a distance of 15 miles when it erupted in 1950, as reported by news.sky.com