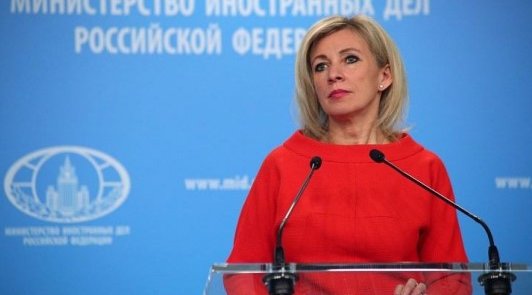 The British military has been accused of involvement in an attack on the Black Sea port of Sevastopol in Crimea that took out Russia’s flagship the Admiral Makarov.

Russian Foreign Ministry spokesperson Maria Zakharova claimed today, Saturday, October 29, that the British military was involved in what she described as a ‘terrorist attack’ on the port of Sevastopol in Crimea.

⚡️An explosion in the bay of temporarily occupied Sevastopol at the base of Russian warships this night.

Several ships of the Black Sea Fleet of the Russian Federation, including the Admiral Makarov frigate, were damaged, — journalist Tsaplienko reports. pic.twitter.com/6SXb0GDReK

It was reported that during the early hours of this morning, an attack took place that either sunk or damaged four Russian vessels. Among those damaged was the Navy’s flagship frigate, the Admiral Makarov, as confirmed by Russian media.

As a result of the attack, the Kremlin said it would pull out of the Ukrainian grain initiative. Fears among experts now are that this could possibly spark a global food shortage if Moscow can not be convinced to continue with the grain corridor.

Posting on her Telegram channel, Zakharova wrote: “The Russian Foreign Ministry, in cooperation with Russian authorities, is considering practical steps in connection with the involvement of British experts in the preparation of a terrorist attack in the Black Sea on 29 October and the training of the Ukrainian military, according to the Russian Defence Ministry”.

“At the same time, the Russian military said it had information that British special services were also involved in a series of explosions at the Nord Stream 1 and Nord Stream 2 gas pipelines in the Baltic Sea. Russia has repeatedly called for a joint investigation into the attacks”.

“Proposals have been sent to the governments of Denmark, Sweden and Germany. The fact that the Western countries have refused this proposal confirms they have something to hide. We now understand exactly what they are hiding”.