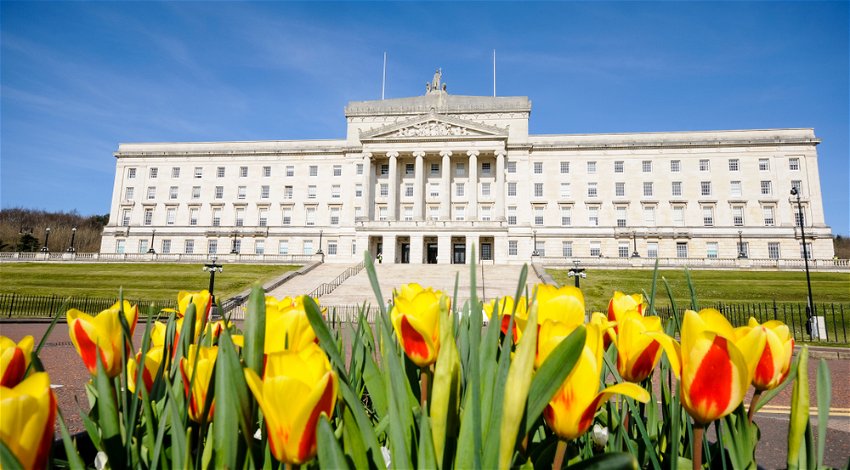 17:12 (October 29) – Chris Heaton-Harris, the Northern Ireland Secretary, has been criticised after he failed to set a new election date on Friday.

With the deadline for the formation of a devolved government having passed and no sign of any breakthrough, it was expected that he would make the announcement.

But he failed to do so resulting in stinging criticism from Northern Ireland’s political parties.

Responding to that criticism Heaton-Harris said he wanted to meet with all the parties first., but that he would still call an election for the winter.

Although the DUP are the reason there is no government in place, having failed to take up their seats in protest over the Northern Ireland protocol, their leader Sir Jeffrey Donaldson said they were ready to fight another election.

Sinn Fein’s Michelle O’Neill, who effectively won the last election, said the failure to confirm an election date was another “bizarre U-turn” by a government that has failed to deal with the issue.

Heaton-Harris had said he was “deeply disappointed” the parties could not agree to restore power sharing, but that it was important to meet with all parties before setting an election date.

That critics say, is just continuing the chaos and pushing the election date further away specifically with no resolution in sight over the protocol that has seen a customs border set up between the region and Britain.

07:34 (October 28) – The UK government is expected to call new elections in Northern Ireland on Friday, October 28 after the deadline to restore the devolved government expired.

May’s elections saw Sinn Fein overtake the Democratic Unionist Party (DUP) as the largest party in the region, however, no government was ever formed as the DUP refused to return to power sharing over the Northern Ireland protocol.

Last minute efforts by the Northern Ireland Secretary Chris Heaton-Harris to resolve the impasse have failed, and the six-month legislative timeframe to form an administration has expired.

That means the legal responsibility to call another election falls to the UK government, with speculation rife that it will take place on December 15 according to Sky News.

It also means that UK government staff are responsible for running a shadow government.

The DUP has said that it strongly opposes the Northern Ireland protocol agreed by Boris Johnson. It wants decisive action is taken to remove economic barriers on trade between Great Britain and Northern Ireland.

Whilst Johnson promised as much, events in Westminster have pushed the protocol off the agenda prompting Ireland’s Foreign Minister Simon Coveney to say: “The sensible thing was for power-sharing to resume while negotiations over the Northern Ireland Protocol continue.”

That call was echoed by new Prime Minister Rishi Sunak whose spokesperson said on Thursday: “There’s still time for the DUP and executives to get back to Stormont and we urge them to do so because the people of Northern Ireland deserve a fully functioning and locally elected executive which can respond to the issues facing the communities there.”

It now looks increasingly likely that it will be up to the voters in Northern Ireland to resolve the impasse, as the Government gets set to call new elections.

Analysts will be watching to see whether Sinn Fein will make further gains over the DUP following the failure of its tactics to either bring changes or to see a power sharing government restored.