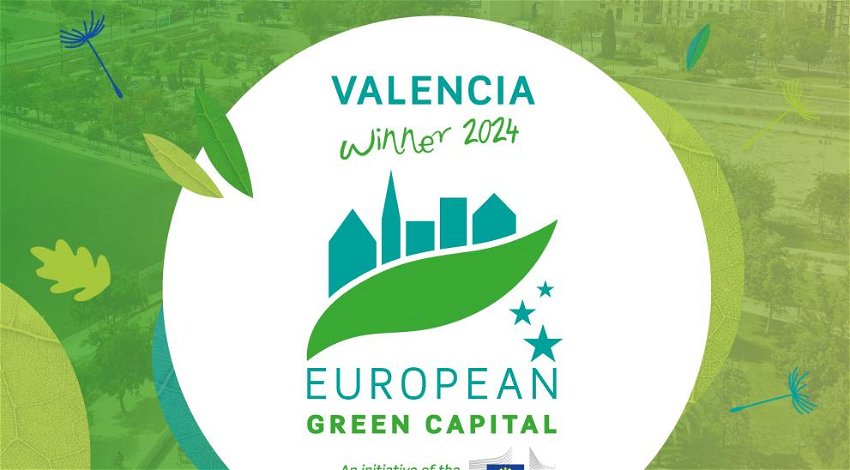 Valencia has been chosen as European Green Capital for 2024 adding to its list of accolades, having been designated World Design Capital earlier this year.

The award was announced overnight on Friday, October 28 at a glittering event held in Grenoble, the city that currently holds the title.

The European Green Leaf Award is granted by the European Commission and recognises the efforts of cities to improve the environment and quality of life for residents and visitors.

Importantly for those who achieve the accolade, it comes with a grant of €600,000.

Valencia’s Mayor, Joan Ribówas on hand to receive the award saying: “I want to say that we are here today thanks to the Valencians who fought and won 50 years ago to have a Saler for the people, for having a river Túria that is a great park, a garden that was previously the space of the Jesuits.

“We have a lot of work to make our city greener, more sustainable, kinder to all the people who live there and all those who visit us. A city that is increasingly resilient to climate change.

“That is our commitment that we will work with all European cities. For us this denomination is a pride and a great responsibility.”

Valencia’s commitment to increasing green infrastructure and the promotion of urban biodiversity was what won them the award along with their climate mission and energy efficiency.

The city is also building sustainable mobility and recovering public space, as well as supporting the development of sustainable agriculture.

Valencia is the second Spanish city to be chosen as European Green Capital with Vitoria having taken it back in 2012, with 14 European cities have already obtained the recognition since the competition was started.