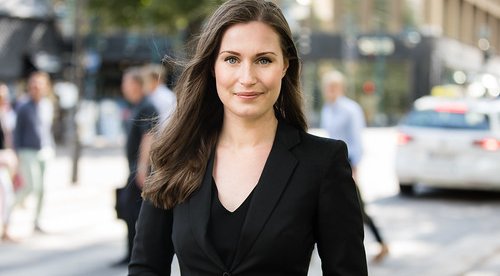 The Prime Minister of Finland, Sanna Marin, hinted that nuclear weapons could be deployed on Finnish soil should the country’s application to join NATO be approved.

It was recently reported by a newspaper in Helsinki that nuclear weapons could soon be stationed on Finland’s border with Russia if the country’s bid to join NATO is approved. Should it come to that, it is bound to anger Moscow.

Nuclear missiles launched from the Finnish border would take far less than a minute to reach Moscow. That is a very short warning period. It is certain that the Kremlin will not like this at all, but it could soon become reality.

The reason: Finland – together with Sweden – submitted an application to join NATO in response to the Russian invasion of Ukraine. According to the Helsinki newspaper Iltalehti, the draft accession law, as submitted by the Finnish government to Parliament, does not include an exemption for nuclear weapons.

Finnish Foreign and Defence Ministers Pekka Haavisto and Antti Kaikkonen both pledged to NATO in July that they would not seek ‘restrictions or national reservations’ if Helsinki’s proposal goes through. This was reported by various defence sources to exxpress.at.

Foreign policy insiders said that NATO nuclear weapons could be moved through Finnish territory or stationed there. In addition, there are no restrictions on establishing NATO bases in the country.

Finnish Prime Minister Sanna Marin told Finnish broadcaster Yle on Saturday 29: “I think it’s very important that we don’t set any preconditions or limit our own room for manoeuvre when it comes to permanent bases or nuclear weapons”. It is thought highly unlikely though that nuclear weapons would be stationed on Finnish soil.

According to the Federation of American Scientists, the US already has around 100 nuclear weapons in Europe. They are located in Belgium, Germany, Italy, the Netherlands, and Turkey. Britain and France, both NATO members, also maintain their own independent nuclear arsenals.

Earlier this month, the Polish government said it had held talks with Washington about hosting US nuclear weapons, but the Americans have not confirmed this. Polish President Andrzej Duda said there was a ‘potential opportunity’ for his country to engage in ‘nuclear sharing’.

NATO Secretary General Jens Stoltenberg welcomed Finland and Sweden’s applications for membership in May, calling the move a ‘historic moment’ for the alliance.