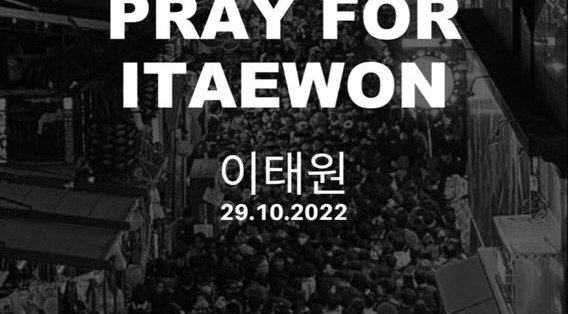 SOUTH Korea has announced it will investigate the Halloween crush tragedy that killed more than 150 people in Seoul.

Prime Minister Han Duck-soo has promised a thorough investigation into the horror stampede, which happened during Halloween festivities in the Itaewon area of South Korea on Saturday, October 29.

Many of the party-goers have been confirmed as young adults in their late teens and early 20s who were all dressed up in costumes for the occasion. The partygoers got caught up in the massive surge as the large crowd panicked.

Officials have since confirmed that a total of 26 foreign nationals have died, with news reports back home identifying a number of these as students studying abroad.

Officials said today, Monday, the death toll had risen to 154, with 149 people injured, 33 of them in serious condition.

This is heartbreaking 💔, over 151 people have died and many more injured in Seoul, South Korea. Thoughts and prayers are with all those effected, RIP 🙏 🇰🇷 #SouthKorea #Seoul #RIP #SouthKoreaStampede #ITAEWON https://t.co/fDI1RA4fps pic.twitter.com/ldyYDheFRs

The country is entering a week of national mourning, with people laying white chrysanthemums and candles outside the Itaewon metro station exit, which is situated near where the incident occurred.

Nearby shops and cafes have closed while schools and local businesses scrapped Halloween festivities. In addition, K-pop concerts and government briefings were also cancelled.

Prime Minister Han said as government officials met on the disaster, adding: “The government will undertake a thorough investigation into what caused this accident and do its best to make necessary institutional changes so that such an accident is not repeated,” Al Jazeera reports.

“Identification has been completed for all of the 154 deceased except one, and I believe it is time for follow-up measures such as funeral procedures to be carried out in earnest.

“We will do our best to provide necessary support by reflecting the opinions of the bereaved families as much as possible.”