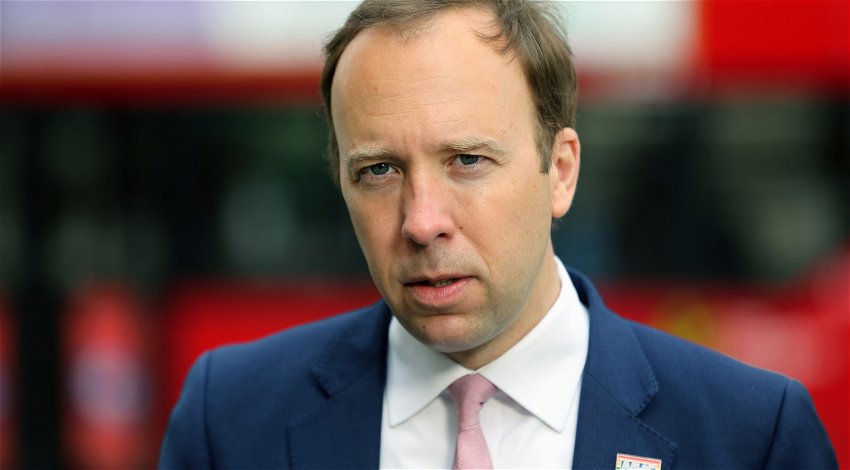 MATT Hancock has reportedly been suspended as Tory whip after signing up to take part in reality TV show I’m a Celebrity… Get Me Out of Here!

The former health secretary and West Suffolk MP is ‘effectively expelled’ from his party and must sit as an independent until the whip is restored – if at all.

Conservative Chief Whip Simon Hart said: “Following a conversation with Matt Hancock, I have considered the situation and believe this is a matter serious enough to warrant suspension of the whip with immediate effect.”

The Sun reported on Tuesday that Mr Hancock will halt representing his constituents to appear on the show, which starts on November 6 on ITV.

Mr Hancock, who was forced to quit as health secretary for breaking his own social distancing rules at the height of the pandemic lockdown, will apparently become the mystery 12th celebrity heading to the Australian jungle.

A close source of Mr Hancock today said that as he was unlikely to become a minister again, he would “use his appearance on the popular ITV show to promote his dyslexia campaign”.

Additionally, it would tie into the release of his book, the Pandemic Diaries, which is due to be released in December.

Here’s the cover of Matt Hancock’s book that will be published in December pic.twitter.com/G3BOXGkyTx

“I’m A Celeb is the most watched show on TV – Matt doesn’t expect to serve in Government again, so it’s an incredible opportunity for him to engage with the 12million Brits who tune in every single night,” the source said.

“Matt has an excellent team working with him in West Suffolk, but producers have agreed that he can communicate with them if there’s an urgent constituency matter.

“Politicians like Matt must go to where the people are – particularly those who are politically disengaged. Matt is of the view that we must embrace popular culture. Rather than looking down on reality TV, we should see it for what it is – a powerful tool to get our message heard by younger generations.”

He won’t be the first Tory to be suspended for taking part in the ITV show – in 2012 Nadine Dorries had the whip suspended after she went to the Australian jungle.