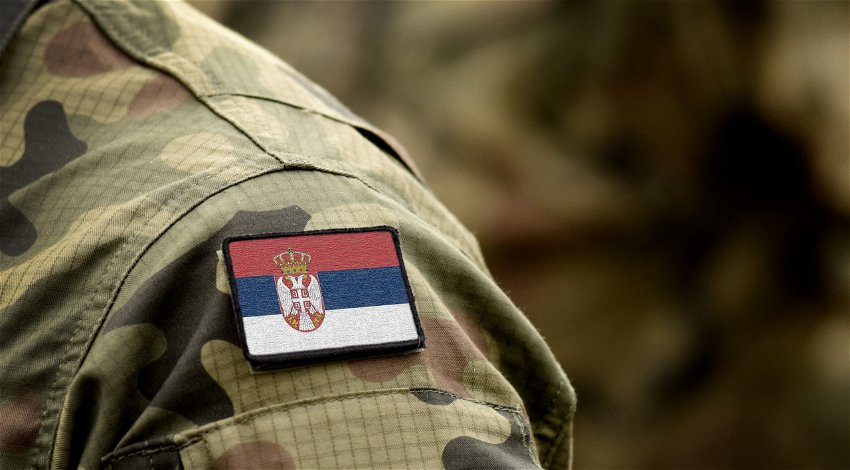 Image of the Serbian flag on a military uniform. Credit: Bumble Dee/Shutterstock.com

Aleksandar Vucic the President of Serbia and the supreme commander of the armed forces, today, Tuesday, November 1, issued an official order that all enemy drones in the territory of central Serbia be destroyed immediately.

As reported by Novosti, the president decided to take this step after an incident that occurred in the area above the village of Merdar, which is located in the municipality of Kursumlija, in the vicinity of Raska.

It was alleged by Serbia that a number of unidentified drones flew over and observed the barracks and positions of the Serbian Armed Forces located in that area.

In order to prevent further enemy activities, Serbian ‘migovi 29’ were deployed to monitor the airspace and detect any possible attack from enemy aircraft.

Shortly after, the sighted objects left the airspace of central Serbia, but if they had not done so, they would have been destroyed because the commander-in-chief issued an order to act immediately with anti-aircraft weapons.

Serbia’s Defence Minister Milos Vucevic had earlier announced in a televised address that he had placed the country’s military on high alert due to the situation in Kosovo and Metohija.

“The President of the Republic, as the supreme commander in chief, gave the order to the Serbian army to be ready, to increase the level of combat readiness in order to be ready to respond to any task”, Vucevich said, as quoted by TASS.

According to the Minister of Defence, no one wants to fight, but the Serbian army is “ready to perform any task”.