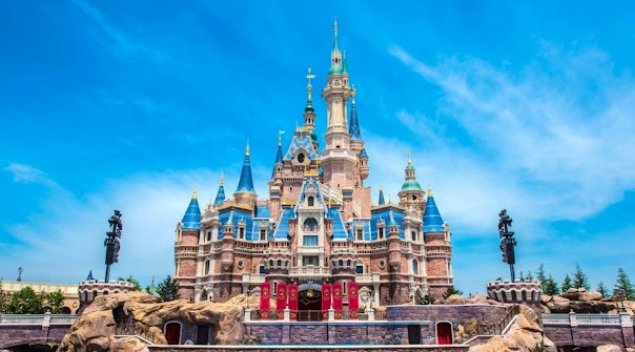 Visitors to Shanghai’s Disney Resort found themselves trapped in the park after a snap Covid lockdown was ordered.

Visitors to the Disney Resort in Shanghai on Monday, October 31, suddenly found themselves trapped inside the amusement park after a snap Covid lockdown was ordered by the authorities.

The drastic measure was implemented as part of China’s zero-Covid policy after 10 cases of coronavirus were detected in the highly-populated city.

Video footage posted online showed groups of visitors attempting to rush the park’s exit gates in an attempt to get out. Hundreds of guards lined up outside the gates, with people shown shouting ‘open the gates’ at them in unverified online video footage.

Those trapped inside the theme park were informed that they must line up and be tested, and would not be allowed to leave until they produced a negative Covid test. In the meantime, they were welcome to continue enjoying the rides.

Shanghai government officials announced that anybody who had visited the Disney Resort since last Thursday 27 must obtain three consecutive negative tests over three days. They were also instructed to ‘avoid participating in group activities’.

A similar incident occurred on Sunday 30, when a snap lockdown was ordered at the Foxconn factory in Zhengzhou city. Video footage emerged online showing workers from the facility – the biggest iPhone manufacturer in the country – trying to climb over fences to avoid having to be tested.

It was revealed that many of them actually walked for two whole days and nights across fields and along roads in an effort to get home and avoid being caught by the authorities, as reported by nzherald.co.nz.

🇨🇳 Shanghai Disney Resort abruptly shut its doors Monday as Chinese authorities imposed a snap lockdown, trapping guests who were not permitted to leave until they tested negative for Covidpic.twitter.com/RPUhV0npd1

Shanghai Disney Park under locked zero-COVID down AGAIN. Effect immediately. No one including visitors inside is allowed to exit. https://t.co/RiRXdBWT24