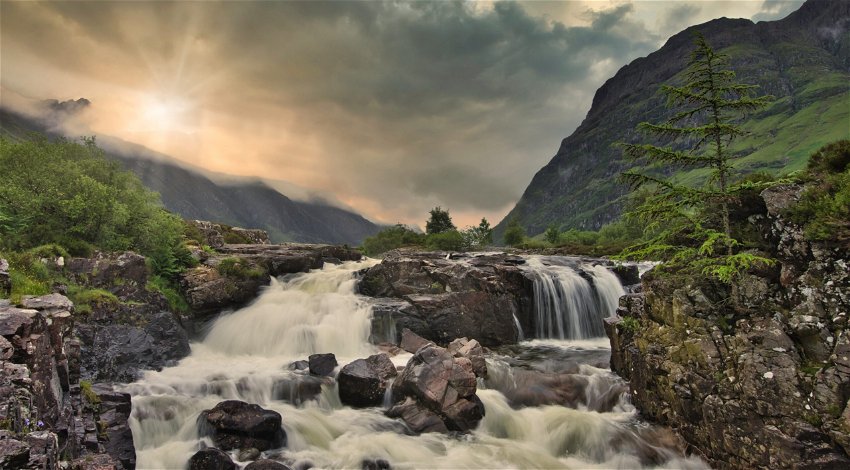 A STUNNING destination in the UK has been named one of the best places to visit in the world.

And it will be no surprise to those who have been there before – its beautiful landscapes offer the perfect backdrop to a peaceful vacation.

National Geographic Traveller has released its annual Best of the World list, with 35 destinations that should be on your radar for 2023. Three UK destinations made the list, with one in the top 10.

The list covers five categories – adventure, culture, nature, family, and community – and highlights “some of the most exciting and exceptional experiences on the planet”. Twenty-five entries were selected by the global editors of National Geographic Traveller, with an additional 10 from the UK edition.

One particular hotspot named in the top 10 – number 8 in fact – is of course the Scottish Highlands.

“The windswept Scottish Highlands are celebrated for their austere beauty, but the sheep-scoured landscapes are in fact the result of human interference,” says National Geographic of the destination.

“In ancient times, Scotland’s glens and hills were covered by the great Caledonian Forest. But centuries of logging and overgrazing devastated the ecosystem.

“Now a move to return the Highlands to its original woodlands, by reintroducing former flora and fauna in a process called ‘rewilding’, is gathering steam — with major strides to come in 2023.”

Elsewhere on the list, there are two more UK destinations that make up the family category.

Looking for your next adventure? You’ll find it on our annual list of the world’s best destinations for travelers.

These 25 destinations for 2023 are under the radar, ahead of the curve, and ready for you to start exploring. #BestOfTheWorld https://t.co/2czCeGggPc pic.twitter.com/DSX4iGvG07

Manchester takes spot number 32 and is described as being a “mecca for football fans” which is “growing as an arts and culture hub”.

Attractions mentioned in the list include the city’s spring opening of the Factory International, a new £186 million downtown cultural space which is a nod to bands including Joy Division and New Order, who made up Factory Records.

The reopening of the Manchester Museum, which features new galleries focused on Chinese, South Asian, and British Asian culture, also gets a shout, along with the city’s National Trust’s new ‘sky park’ on the Castlefield Viaduct, a walkable Victorian-era railroad bridge.

Just squeezing in at number 34 is Bath, which is described as the “only double-listed World Heritage Site in the UK [which] is developing new attractions”.

It notes the Bath World Heritage Centre, which opened in May 2022, and features interactive exhibits and displays about Bath’s history, Georgian architecture, and unique geology.

Also, the £20 million Bath Abbey Footprint project, which saw a complete restoration of the medieval abbey church, has neared completion with its new Discovery Centre.