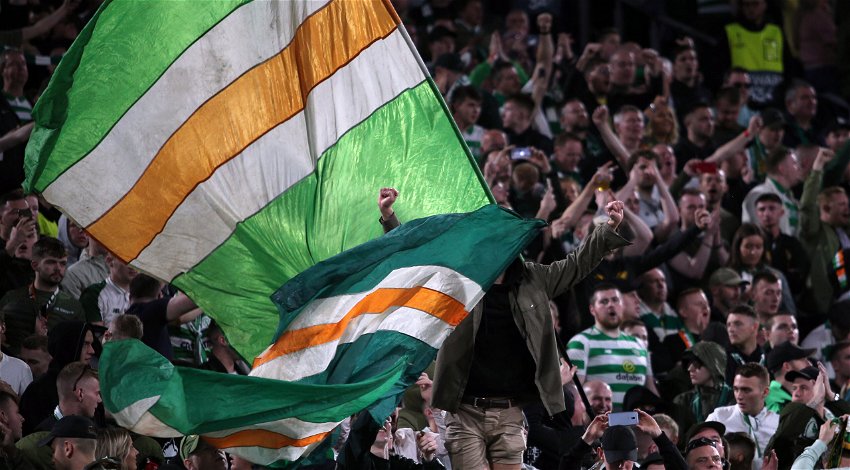 AROUND 40 Celtic fans have been ejected from a train in Spain for alleged ‘hooliganism’ ahead of their Champions League clash with Real Madrid.

Renfe’s 2.45pm Madrid-bound AVE service from Alicante was stopped at Albacete yesterday (Nov 1) due to the apparent antisocial behaviour of visiting football fans who are alleged to have abused passengers and rail staff.

The incident led to a 52-minute delay as the so-called “hooligans” were ordered off the train by National Police due to their “unruly behaviour” which is said to have forced passengers to request alternative seats.

Renfe has confirmed that affected passengers will receive compensation for the incident.

Spanish authorities have said they will deploy 1,824 security guards to police the game, which is almost as many Celtic fans that will attend the Bernabeu, reports the Daily Record.

The stadium is currently undergoing a £750 million overhaul and is operating at a reduced capacity of 60,000 meaning the Glasgow side has been handed a minimal allocation of just 1,848 tickets for the game.

This is not the first time that Renfe has had to deal with rowdy groups on its trains.

An ‘uncontrollable’ Stag party was fined €7,676 for delaying the Madrid-Málaga AVE train in October.

Each of the 11 revellers from the group will have to pay €697.82 euros for causing the hold-up after refusing to exit the train at Córdoba following disruptive behaviour in the cafeteria.

The railway operator today “condemned” the group, who made the train 23 minutes late, and reported that the money will go towards compensation for the 216 travellers affected by the delay.

A spokesperson said in a statement: “The company has shown itself and will continue to show itself forceful with behaviors that alter the trip.”

The rail giant added that it will resort to the State Security Forces and Bodies when serious cases of disturbance of public order occur and will “denounce these behaviors and their consequences on the rest of the passengers and on the company itself before the courts.”