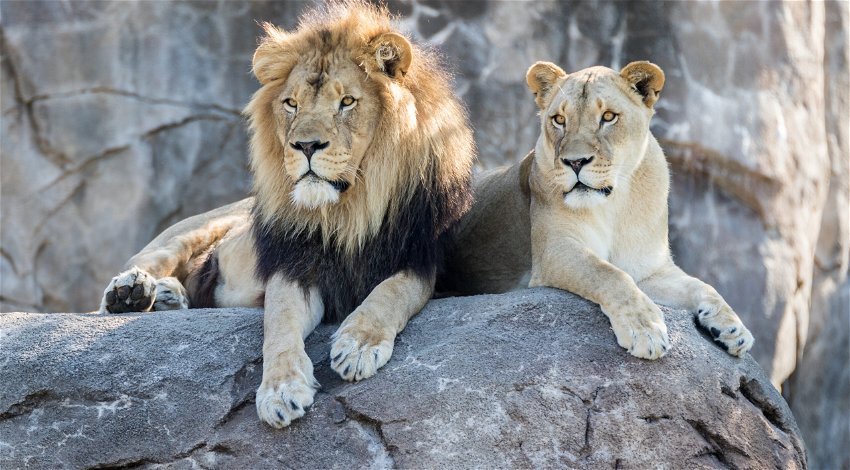 This prompted the zoo to sound a “code one” alert and rush guests of its “Roar and Snore” overnight stay programme to safety.

Thankfully their escape was only short-lived, and no staff, visitors, or animals were harmed.

The alert was issued after video footage showed a male adult lion called Ato and four cubs outside their enclosure at 6.30am although they were still in an area separated from the rest of the zoo by a six-foot fence, reports Independent.ie.

Zoo keepers are reported to have tranquilised one lion cub while the remaining four made their way back to the enclosure of their own accord.

Taronga Zoo posted an update on Twitter: “An emergency situation occurred this morning at Taronga Zoo Sydney when five lions were located outside their enclosure.

“The zoo has very strict safety protocols in place for such an incident. All persons on site were moved to safe zones and there are no injuries to guests or staff.

“All animals are now in their exhibit where they are being closely monitored.”

In a press conference, Taronga Zoo Executive Director Simon Duffy said that an emergency response was called within 10 minutes of the lions’ escape from the main exhibit area, with all lions back in their enclosure by 9am, local media reported.

Police were called to the zoo while staff escorted guests of the “Roar and Snore” programme away from danger.

The zoo later confirmed in a statement that the incident was “an integrity issue with a containment fence that enabled five lions to temporarily exit their main exhibit.”

One guest, Magnus Perri, told reporters that staff ran into the tent area saying, “this is a Code One, get out of your tent and run, come now and leave your belongings”.

Taronga Zoo is home to Ato and Maya and their five cubs, Khari and Luzuko who are male, and Malika, Zuri, and Ayanna who are female.

Maya and Ayanna stayed in the enclosure while the others escaped.