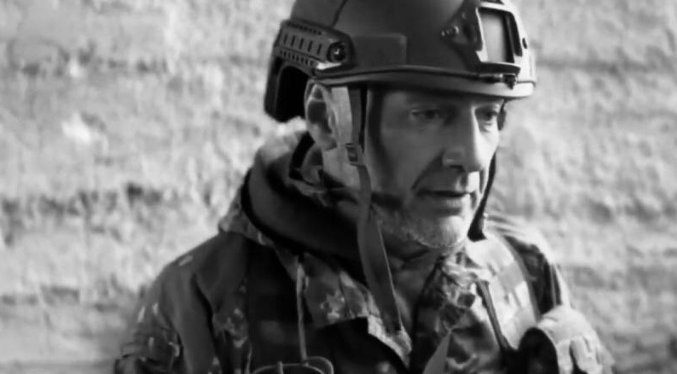 A RUSSIAN deputy commander of North Ossetia’s volunteer battalion has been killed in Ukraine’s Zaporizhzhia, according to reports from Russia on Wednesday, November 2.

The head of North Ossetia, Sergei Menyailo, announced the death of Viktor Zhidaev, the deputy commander of the Ossetia volunteer battalion, who went by the call sign “Vitos”.

Menyailo wrote on Telegram: “They saw off their comrade-in-arms, deputy commander of the Ossetia battalion Viktor Zhidaev, on their last journey.

“I knew Vitos – that was his call sign – personally. We met both here, in Ossetia, and on the front line. Most recently, I presented him with the medal “For the Glory of Ossetia.” A humble, courageous man. A great patriot who volunteered to defend the country from the first days of the NWO.”

He added: “He had extensive combat experience behind him. He said that the war with the Nazis was his personal war, it was a continuation of the work of his grandfather, who in 1943 went to war from Mizura. ‘We just need to clean out this infection once and continue to live in peace,’ Vitos said.

“Victor died a heroic death – he died in battle, covering his comrades. But we will definitely finish what he started! Because the truth is behind us, and, therefore, the victory will be ours!

“Eternal memory to the hero and sincere condolences to his family and friends.”

On Tuesday, September 27, a state of emergency was imposed in Russia’s North Ossetia on the border with Georgia due to the influx of Russian people from other regions following the announcement of partial mobilisation at the time.