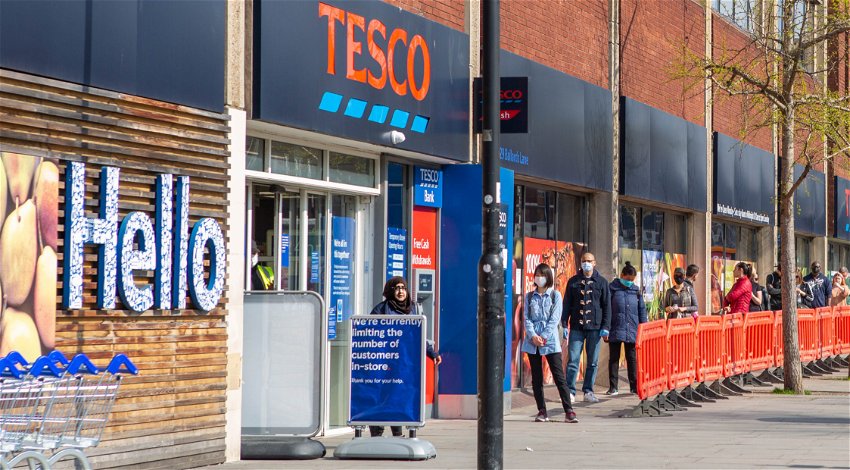 Food theft has become an increasing problem for UK retailers as the cost of basic goods soars and people struggle to make ends meet.

Confirmation of those difficulties came today with Metro reporting on Wednesday. November 2 that leading supermarket TESCO had resorted to tagging its reduced yellow sticker items.

The use of tags has increased markedly since the war started in Ukraine with many more items being security tagged to prevent theft, simple items like Lurpak butter.

But the latest reports suggest that demand for reduced items has become so great that people are grabbing items of the hands of staff before they can even put them on the shelf. So bad is the problem that they have taken to cordoning off an area while they add the reduced stickers.

Helen Dickinson of the British Retail Consortium said: “We have seen violence and abuse against shop workers go up during the pandemic but instead of it alleviating since then, it’s getting worse.”

Some items like pasta have risen by two thirds and vegetable oils by a similar percentage.

According to the company the barriers were first introduced at the start of the pandemic to protect staff, but they have been kept in stores ever since. The Sun newspaper has reported this is because staff have felt unsafe when dealing with items like markdowns, given the behaviour of customers.

The report comes on the same day that Iceland announced that it had introduced 1p meals this week in an effort to help those in need, although response to the launch has been mixed.

Crime in the UK is an increasing problem but food theft although not new, is becoming prevalent.