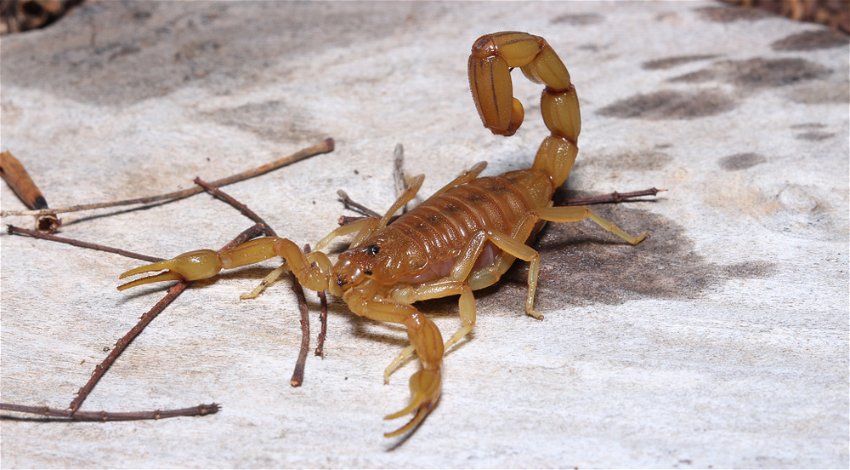 A scorpion sting has resulted in a seven-year-old boy suffering seven heart attacks before succumbing to the poison.

The story, confirmed on Wednesday, November 2 comes as a reminder to people that stinging insects in the wild can be highly dangerous and that precautions need to be taken when visiting unfamiliar areas.

In this case young Luiz Miguel Furtado Barbosa, from Anhembi, Sao Paulo state, Brazil, was getting dressed to go camping with his family.

His mother Angelita Proenca Furtado told local media that he cried out in pain when putting on his shoe. She said: “As soon as he put it on, he screamed in pain. As we didn’t find what had stung him, we kept looking.

“But his leg started to turn red and he said that the pain was increasing. That’s when I imagined that it really was a scorpion and that I needed to find it to find out which one it was.”

They found a Brazilian yellow scorpion, Tityus serrulatus, in his shoe a species native to Brazil whose venom is extremely toxic and fatal in most cases.

After realising it was a scorpion sting they rushed him to the University of Sao Paulo Faculty of Medicine Clinics Hospital.

He was immediately hospitalised and after treatment started to show an improvement the next day. His mom said that they had even started to take him off some of the medication, that he had opened his eyes and tried to speak with her.

She added: “I kissed him and he had to be sedated again, because he was very agitated.”

Luiz’s condition worsened later in the day with the young man suffering a succession of heart attacks and later died. That was Tuesday, October 25.

His case is one of many with the number of scorpion stings in Brazil rising from 12,000 in 2000 to around 140,000 by 2018. The exact reasons for the rise aren’t clear but deforestation and human encroachment are said to be part of the problem.

Thankfully not all cases of scorpion sting result in seven heart attacks nor death with many only causing extreme pain.