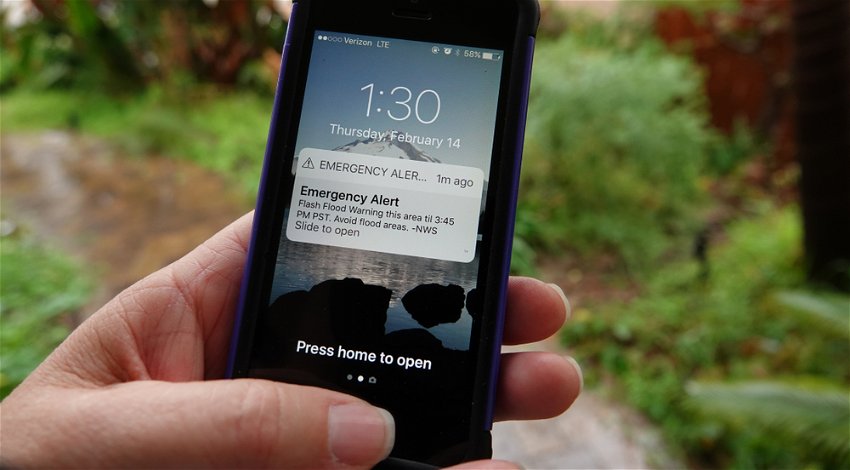 16:26 (November 2) – The government has successfully tested the emergency alert service, although some issues have arisen with only seven out of ten alerts being activated.

Alerts were sent randomly to mobile phone users, however only those with Android phones were guaranteed to receive it as it now appears that Apple users have to manually activate the option.

To do Apple users need to go to settings/notifications and turn on the ES-Alert function.

Those that did received a message were sent a text that said: ‘Es-Alert tests the new emergency warning system. It does not respontaneous to this message. Do not call 112. This is a test message in the Region of Murcia.” 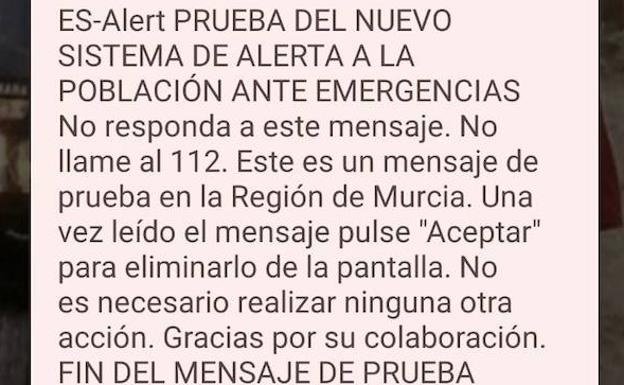 According to news site Laverdad, response to the message was mixed. Some said the system worked well and it’s a great idea, whilst others felt that it could be ignored by some as spam, and that perhaps better methods exist for alerting people.

A number of those who did receive the message are said to have got a fright, even those who were expecting it.

The General Directorate of Citizen Security is now carrying out an evaluation of the test and the system, with some changes expected particularly in terms of the advance information provided around the system and how it works.

11:57 (october 22) – The Spanish government is to test its disaster alert system by sending messages to mobile phones over the next three weeks.

The Civil Protection service said on Saturday, October 22 that it would start the ES-Alert system test from Monday with tests undertaken in different regions on different days. The test has been confirmed by news agency Larazon.

They have assured residents they should not be alarmed by the test nor should they think that it is a scam, but they should take note of how the test will work.

Phones that receive the alert will hear their device whistle and vibrate until the user confirms receipt of the message. The alert will contain a written message which once acknowledged, the alarm and vibration will stop.

Apart from acknowledging receipt, you don’t have to do anything else.

So when could you expect to receive a message?

November 10: the Basque Country, Castile and León, the Canary Islands and Ceuta

The government initially considered using text messages, however, they settled on a cell broadcast which has better, faster and wider coverage.

According to the company involved SIA, “the antennas broadcast to any phone that is connected to the system.

“Among the advantages of the system are its immediacy, the fact that it takes up very little bandwidth, and works automatically for all the devices in the coverage of an antenna.”

The only downside of the system, which the Spanish government is to test, is that it only connects to smartphones.