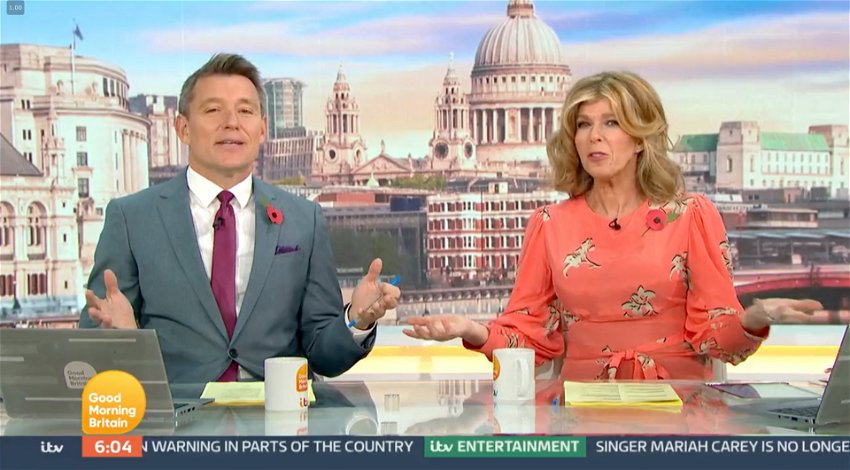 LIKE it or not, Matt Hancock will be taking part in this year’s I’m a Celebrity, with many viewers poised to vote for the former health secretary in the gruesome Bushtucker trials.

But according to Good Morning Britain host Ben Shephard, the MP for West Suffolk – who lost his Tory whip earlier this week – might have the perfect get-out clause for not taking part in them.

When celebrity campmates have genuine medical problems, they are usually ruled out of the trials, with hosts Ant and Dec explaining this to viewers before they vote.

Today on the ITV breakfast show, Ben spoke to co-star Kate Garraway about how Mr Hancock could be ruled out of the infamous trials, which usually involve creepy crawlies, snakes, and rats, due to having trench foot.

Apparently Matt Hancock has trench foot because he has just been on Celebrity SAS: Who Dares Wins? We really do have to have a long hard think about what the word "celebrity" means in this country.

Speaking on the ITV show this morning, Kate said: “Although he might have an out because he’s taken part in another show, Celeb SAS: Who Dares Wins. Apparently, he’s got trench foot from that.”

Ben laughed as Kate explained how he might have caught it: “It’s something you get if you stand in cold, wet conditions for a long time.”

He continued: “That’s not going to help his cause if he’s ruled out on medical grounds. He needs to get in and do these things.”

'He'll be completely isolated now with no one to say anything.'@kategarraway gives an insight into how Matt Hancock might be feeling after reports he is entering the jungle for I'm a Celebrity… Get Me Out of Here! pic.twitter.com/2q0H5jAJ57

A source confirmed to the Sun that Mr Hancock did develop trench foot after filming for SAS Who Dares Wins last month.

Trench foot is a condition you can develop if you stand in a cold, wet environment for an extended period of time. Symptoms of trench foot include numbness, pain, redness, and swelling.

“When he was filming SAS Who Dares Wins in October, Matt got trench foot – in fact, a lot of the cast did,” revealed the source.

“It can take up to six months to recover from that, so any water-based tasks or swimming trials would be bad news for his feet.”