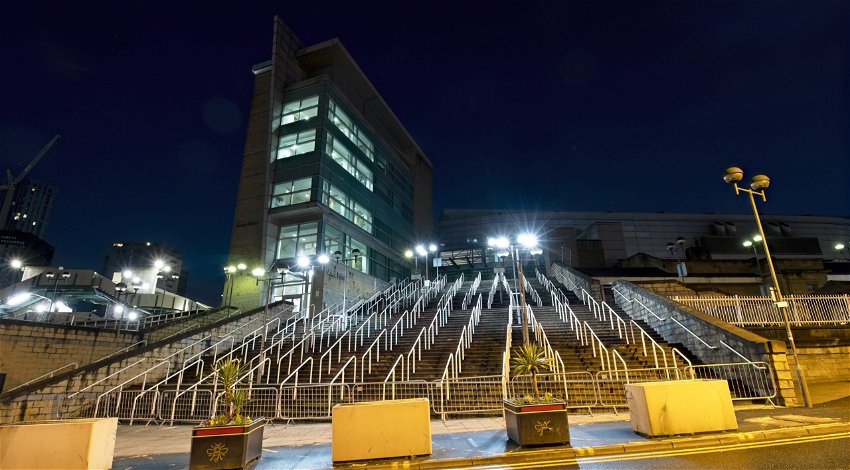 One of 22 Manchester Arena victims 'could have survived' if emergency response was better. Credit: Alastair Wallace/Shutterstock.com.

One of 22 Manchester Arena victims ‘could have survived’ if emergency response was better, an inquiry into the tragic events has revealed.

The long-awaited second report investigating the emergency service response to the 2017 Manchester Arena terror attack has been published.

The public inquiry into the incident, which saw 22 people lose their lives at the Ariana Grande concert on May 22 after suicide bomber Salman Abedi detonated a homemade bomb, is being led by Sir John Saunders, whose findings comprise three volumes, reports the Manchester Evening News.

Today’s second volume examined the role of the emergency services that night and highlighted key failings, and was released to survivors and families of the victims, before being made available to the public.

Perhaps one of the most heartbreaking findings is that one of the people who died in the attack, John Atkinson, a 28-year-old carer from Radcliffe, could have survived.

“It is likely that inadequacies in the emergency response prevented his survival,” ruled Sir John Saunders.

The inquiry revealed that Mr Atkinson was not seen by paramedics in the arena foyer where the bomb was detonated.

Instead, a member of the public, Ronald Blake, a former pizza shop boss, held a makeshift tourniquet fashioned from his wife’s belt and folded t-shirts for almost an hour.

Manchester Arena victim John Atkinson suffered injuries that 'were survivable' had he received the treatment and care he should have. However it's ‘highly likely’ the death of the youngest victim Saffie-Rose Roussos was inevitable the emergency response report concludes. pic.twitter.com/15b57D8xrs

At this time Mr Atkinson was still conscious before he was moved onto a makeshift stretcher onto the concourse of the adjoining Victoria railway station.

He repeatedly told those looking after him: “I’m going to die.”

In his conclusion, chairman Sir John Saunders said that 20 of the dead had suffered “unsurvivable” injuries, adding that he was “sure inadequacies in the response did not fail to prevent their deaths”.

However, of Ms Atkinson, he said that his injuries were “survivable”, concluding: “Had he received the treatment and care he should have, it is likely that he would have survived.

“It is likely that inadequacies in the emergency response prevented his survival.”

Speaking after the publication of the report, Mr Atkinson’s family said it was now “clear beyond any doubt” that on the night of the bombing he had been failed at “every stage”.

They said: “It is crystal clear that due to those failings, John died from injuries that he could and should have survived.

“As we know from witnesses, John kept asking if he was going to die.

“John must have known that he was dying and the pain that causes us is too great to put into words.

“This should simply never have been allowed to happen.”

The chairman of the public inquiry into the #Manchester Arena bombing says the injuries sustained by 28 year old victim John Atkinson from #Bury 'would have been survivable' if the response to the explosion by emergency services had been better #HeartNews pic.twitter.com/V42FlPouVW

The Chief of North West Ambulance Service has admitted the force made several failings in their response to the attack., adding that they have since taken steps to change and improve communications.

Chief Executive Daren Mochrie said: “We accept that more of our staff should have been deployed into the City Room to help triage patients and manage their evacuation.

“What also produces deep regret – is that our ability to work together as blue light partners fell well short of the standards, we all expected. The principles of multi-agency working are incredibly important to the way we deal with major incidents. It should never have broken down so quickly and so drastically.

“We take our share of the responsibility for that. We failed to communicate situational awareness reports, we failed to share our major incident declarations, and we failed to establish adequate communication between our control rooms and each other.”