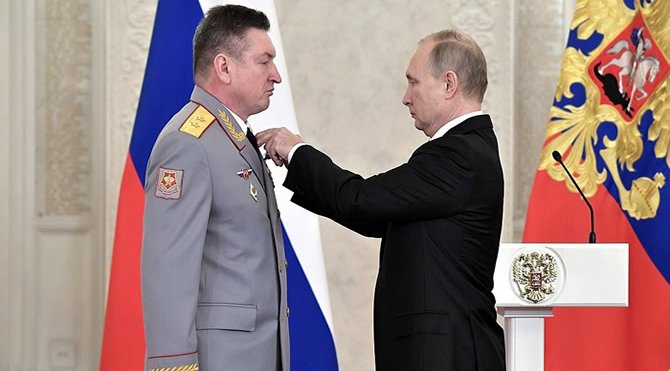 Major General Alexander Linkov, the commander of Russia’s military operation in Central Ukraine has allegedly been sent on a ‘three-week vacation’ by Vladimir Putin.

His appointment comes during the sudden absence of Major General Alexander Lapin. The press service of the Central Military District informed Kommersant-Ural of this change in the Russian military structure. Previously, Ura.ru reported that Lapin had gone on a three-week vacation.

“According to preliminary data, Alexander Lapin, who commanded the grouping of Russian troops in the Central North Military District, was removed from his post”, a source from the Ministry of Defence told the publication.

“Lapin went on a three-week vacation. Everything is fine, they just gave him time to rest as the general had been on the front line from the first days of the special operation. At the beginning of next week, he will fly to the hospital, heal, then rest for another week and return to duty”, added the source.

Earlier, the media reported on a Telegram channel post which said that Alexander Lapin had been removed from his post as the commander of the Russian military operation in Central Ukraine. Officially, this information has not been confirmed though.

Lapin had been accused recently of basically not being up to his role. Both Chechen leader Ramzan Kadyrov and Yevgeny Prigozhin, the head of the notorious Wagner mercenary group, had publicly criticised him.

In July, Russian President Vladimir Putin awarded Alexander Lapin the title of Hero of Russia. Aleksandr Lapin has been Commander of the Central Military District since November 22, 2017. He passed all command positions, and also headed the Combined Arms Academy of the RF Armed Forces.