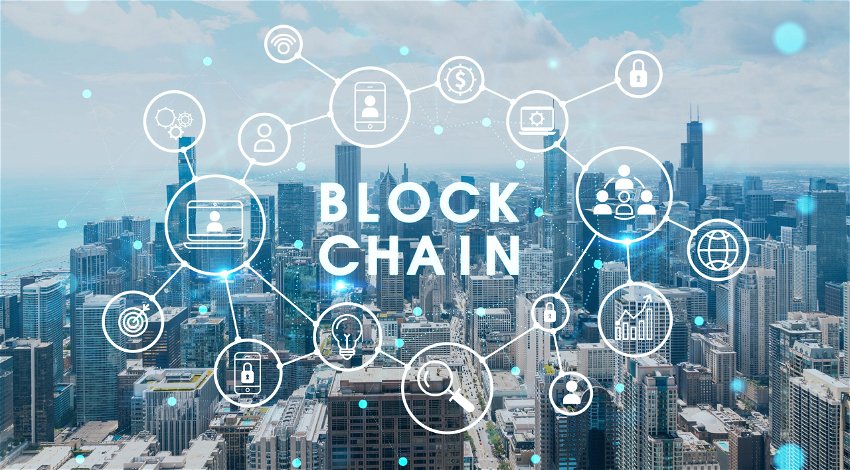 In recent years, assets powered by Distributed Ledger Technology (DLT), most commonly referred to as ‘Blockchain,’ have skyrocketed in popularity among both private and institutional investors. What started as another step in the modern technological revolution has gradually evolved, as digital assets take on a very distinct identity.

In response, world leaders, governments and regulators worldwide have sought to tackle the risks associated with this new asset class and protect investors without preventing innovation from thriving. However, depending on jurisdiction and approaches towards digital assets and related activities, many different regulatory systems could serve as foundations.

Indeed, if we look at the example of China, the country of the ‘Red Dragon’ has banned crypto-related activities almost entirely. Russia was on the way to following in its neighbours’ footsteps but pulled out at the last minute. However, it is still planning to impose strict controls.

Meanwhile, other parts of the world, like the USA and the European Union, decided to replicate the already existing financial framework rather than invent everything from scratch. While each approach has its merits, the aforementioned countries lack a unifying juridical framework, which considerably limits their market exposure potential.

In light of these developments, the United Kingdom is a country that stands out compared to the rest of the world. Instead of confining itself like most nation states do these days, it seeks to harmonise laws for digital assets on an international scale. As of April 2022, the U.K. government officially announced its intentions to make ‘Old Blighty’ a ‘global hub for digital asset technology.’

Additionally to becoming a ‘world-leading regime’ for crypto-asset businesses, there are also plans to bring fiat-backed stablecoins into the scope of the ‘U.K.’s payment services regime.’ With Rishi Sunak publicly expressing his support for DLT shortly after securing his place in 10 Downing street, this prospect has never been closer to coming to fruition.

Join me in today’s editorial, where Robert Courtneidge, payment industry expert, commercial lawyer driven by technology innovation and special adviser to the Payment Association, will inform our readers on incorporating digital assets into the regulatory narrative of the U.K.’s financial regime. Let’s dive in.

It’s no secret that volatility and assets powered by blockchain technology have come hand in hand ever since Satoshi Nakamoto released Bitcoin’s White Paper in 2008. However, there is a type of digital asset that attempts to mitigate these turbulent effects and is specifically designed to offer a steady price: stablecoins.

Stablecoins represent a distributed ledger asset intended to maintain a stable price over time, pegged to the value of an underlying asset, such as the U.S. dollar. These assets offer a unique medley as they aim to harness the full power of blockchain technology while avoiding rampant volatility and other contingencies.

Despite a growing misconception within the Fintech community, stablecoins are not an evolution of e-money but rather represent a completely separate class of assets. Although electronic money can be used as a medium of exchange, its scope is very limited since it is gone forever as soon as a transaction is finalised.

Comparatively, stablecoins, CBDCs in particular, can exist in circulation, getting passed from hand to hand, just like proper fiat currency. Courtneidge believes that under the right legal framework drafted by a regulatory body, CBDCs offer a much more sustainable alternative for the future of payments than other digital assets, including cryptocurrencies.

Unlike stablecoins, which private actors issue, CBDCs spring from a Central Bank’s authority, leaving more room for damage control, which we will discuss in more detail in the next portion of the article.

The detrimental effects of the Financial Crisis of 2008 made it clear that regulations should be in place to prevent ‘Black Swan’ events of this magnitude from ever happening again.

When the tempest swept the financial industry, leading one of the biggest names in the industry, the Lehman brothers, to file for bankruptcy, there was little doubt that consumer protection should be the government’s number one priority.

This realisation was further enhanced by what happened to the notorious Terra stablecoin, which suffered an insane $60 billion collapse, shaking the global digital currency market to its core.

There are two stories surrounding Luna crypto: the TerraUSD/UST stablecoin and the Luna coin itself, which was attached to Terra to ensure that it will continue to maintain its peg. Since most of its backing was connected to other crypto assets, with Bitcoin in particular, and since the market at that time was plummeting at an unprecedented rate, there were insufficient assets to back the fiat amount of the tokens issued.

Once Luna and UST crashed, a total liquidity crunch in the cryptocurrency space caused an even more catastrophic loss of value, from which the crypto community never really recovered.

According to Robert Courtnaidge, to prevent the collapse of Terra and other stablecoins, HM Treasury has drafted new regulations to create a ‘special administration regime’ in the U.K. that has the power to enable the Bank of England to step in and implement damage control before the situation becomes too extreme. As a result, the consumers would be protected by a central bank, effectively creating a backup plan if everything goes south.

When drafting the regulatory framework for digital assets, particularly stablecoins, it is imperative to identify all the players on the market. Only by differentiating between players’ liabilities and risk models around them do we have a chance of getting it right. Working with the Payment Association, Robert Courtneidge is confident that the U.K. can harmonise international regulation to deliver a safe solution for investors without limiting innovation.

As mentioned earlier Rishi Sunak and the UK Government want the U.K. to become a global playing field with a cohesive force between stablecoins, CBDCs and crypto, creating an interoperability solution for all means of patent including CBDC’s and stablecoins.

Unlike in the USA, where lawmakers have not listened to the opinions of the industry, Robert Courtneidge believes the UK will, through organisations like the Payment Association, ensure that professionals leading this revolution are being heard without compromising on the security aspect of the question.

Courtneidge’s current motto is to work alongside the industry rather than hinder it, which is a rare approach when it comes to revolutionary technology that many do not even comprehend. To ensure that the promised results are delivered, Courtneidge leverages his role in the Payment Association’s Policy and Adviser Government team to hold cross-association meetings with the Bank Of England and other U.K. Financial governance bodies to achieve this goal.

While the regulatory landscape in the U.K. is still being finalised, this does not mean that the crypto-asset and digital sector is currently unregulated. Since January 2020, certain crypto-asset businesses, including exchanges, ATMs, custodial wallet providers, and even some issuers have been under the U.K.’s anti-money laundering regime and are subject to mandatory registration with the Financial Conduct Authority (FCA) if they wish to continue to offer their services in the UK.

What the future holds

While the idea of stablecoins and CBDCs undoubtedly represents the future of payments, several things must be implemented to ensure the smooth sailing of this unique class of assets. For starters, there is a growing need to make strides to rebuild public confidence in digital assets, especially after the Terra debacle.

In light of this, sound regulation and strong consumer protection would be an excellent place to start – especially in the wake of multiple market crashes and the ongoing crypto winter. In the view of Robert Courtneidge, the expectation is that stablecoin and CBDC issuers will be brought into the internationally harmonised framework, with the U.K. leading the flock in this domain.

At the same time, we must remember to reduce the contagion risk; if an issuer needs to sell a massive volume of assets to raise funds to meet redemptions, we must consider the broader implications for the financial market.

The sooner the regulatory framework is implemented, the better the U.K. could compete with rising powers like China, which already counts more than 261 million digital Yuan wallet downloads.

Despite the challenging nature of this endeavour, Robert Courtneidge maintains that, as a sector, we must accept that an international framework is essential when it comes to regulation of digital assets if we indeed want to establish the U.K. as a central hub of interoperability and innovation.